Texas Pastor Allegedly Refuses to Bury Church Member of 50 Years — Because She Hadn’t Tithed in a Decade November 26, 2014 Terry Firma

What would Jesus do? Probably not this:

The daughter of 93-year-old Olivia Blair couldn’t believe it when Fourth Missionary Baptist Church pastor Walter Houston refused to bury her mother. “It was like the last insult in the world,” Barbara Day told KRIV in Houston. Day said her only wish was for her mother to be buried “in the church that she loved and worshiped all of her life, even as a little girl.” Day explained her mother was a church member for 50 years but had been sick for nearly a decade, and in a coma for the last 24 months. 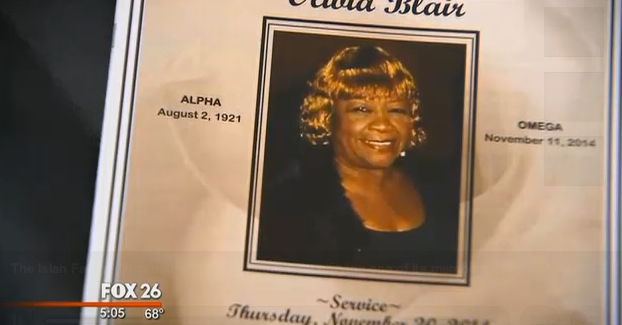 The pastor matter-of-factly explained that he no longer considers Ms. Blair a member of the church,

… “because she had not supported it financially in the last 10 years.”

Pastor Houston turned down a third-party offer to reimburse the church for the funeral. He is claimed to have quipped in response that “membership has its privileges.”

November 26, 2014
Have Yourself a Merry Little Mythmas
Next Post

November 26, 2014 Todd Starnes Claims a Library Banned His Book, Completely Ignoring All Their Other Books Written by Conservatives
Browse Our Archives
What Are Your Thoughts?leave a comment