A Christian’s Letter to the Editor Discusses the Problem with Women in Elected Office November 26, 2014 Hemant Mehta

Willard C. Holt Sr. is very unhappy with the direction his county is going in, and he wrote a letter to the editor earlier this month which was published in The Newport Plain Talk. (Because writing a letter to a newspaper is how we solve all our problems these days.) 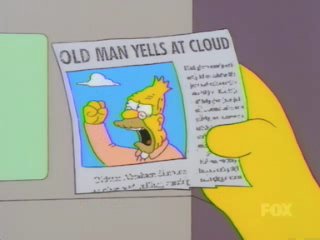 The only reason I mention it here is to point out that this guy is real. He exists and he holds these views.

He’s very upset, for example, that stores are allowed to sell alcohol:

We have liquor stores in our town. We have a distillery that glorifies a man that was convicted of manufacturing illegal whiskey for sale. We now have a winery that produces another alcoholic beverage for sale, to draw our young people into the sin of drinking.

We now have Food City trying to seek to sell wine in a place where Christian people go to buy their food.

All these issues are wrong and should never be allowed. Our CLB members and City aldermen who voted for these measures, ignoring the people’s will for the sake of a tax dollar, will stand before God and give an account for every bottle of liquor, wine and every can of beer sold to a person who goes and gets stoned out of their mind, then drives and kills someone, or for every wife or child that has to withstand the abuses of an alcoholic husband, or for every little child that is deprived of its daily needs, because the paycheck was spent for alcohol. Likewise the people who stand to profit from the sale of any of these alcoholic products, including our county, will not be held guiltless.

Because no one knows how to drink responsibly.

If you down even a sip of alcohol, it automatically means you’re going to get high, start driving, beat your spouse, and ruin your kids’ lives. In that order, I presume.

That’s not the only problem though. It turns out some local stores sell magazines with scantily-clad models on the covers:

We have sensational magazines at checkout lanes in our stores. We have magazine sections in the same stores that promote lewdness. We have a newspaper that thinks it’s all right to fill the paper with half-dressed women and girls. I know we have freedom of the press but what happened to common decency? Where are the mothers and fathers that allow their precious children to be used in this manner to sell newspapers. Where are the silent preachers and Christians that allow these things? I have not heard one word from any of our many religious leaders in our county opposing these practices. You know why? They want to be politically correct; they do not want to ruffle feathers. They might lose members or their collections might go down. Preachers, preach against sin and back with your life. Christians, live in such a way that God will be pleased with you.

He doesn’t give any examples, but there’s a difference between a sultry pose on the cover of Cosmo and the Kim Kardashian cover that broke the Internet. You get the feeling, though, that this guy would find offense with the cover of the Economist.

But then we get to the biggest problem of them all:

We have another problem in our county. We have women in places of authority over men; this is totally against God’s word. A woman has the highest calling on earth, that of being a mother and a homemaker.

We now have a woman mayor, women [County Legislative Body] members and women running for aldermen. God will not honor these women nor will he bless our county nor the men who allowed this to take place.

Any woman who claims to be a Christian and holds one of these offices will answer to God for her disobedience of God’s word.

Any man that claims to be a Christian, serving under a woman’s authority, is going against God’s word in doing so. In my opinion if they call themselves a Christian they should resign their office and honor God.

You know, even most conservative Christians will say there’s no problem with women holding elected office (i.e. Sarah Palin). If they believe men are superior to women, they make clear those gender roles are to be followed only in the home, not the workplace.

In closing, I would like to say that I love Cocke

I had no idea.