Sought For Murder, Indian Guru Was “Using His Devotees as a Human Shield” During Massive Siege on Ashram November 25, 2014 Terry Firma

Sought For Murder, Indian Guru Was “Using His Devotees as a Human Shield” During Massive Siege on Ashram

One measure of Indian god-man Sant Rampal‘s specialness is that he liked bathing in milk during his meditations, after which the same milk was used to make kheer,

… which was served to the followers saying this will bring happiness in their lives.

No disciples dared breathe an unkind word about this disgusting practice, as Rampal had long told them not to criticize him, and to consider any critic a liar.

Non-followers go quite a bit farther than merely “criticizing” him, however; Rampal faces charges including murder, attempted murder, conspiracy, and hoarding illegal weapons. 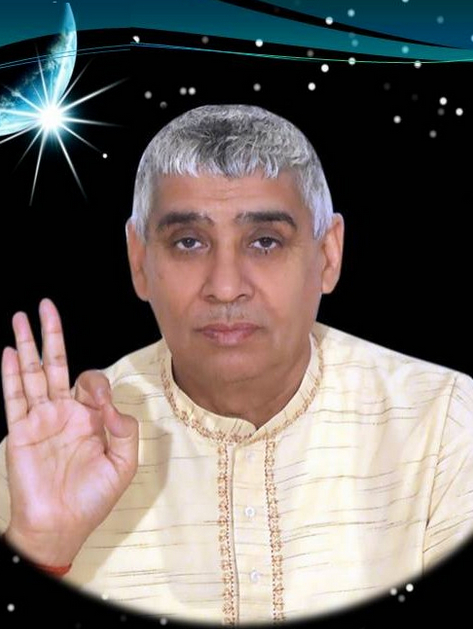 It’s difficult to shoot to fame in the crowded field of self-styled gurus; as the Independent reminds us,

But thanks to his serial lawbreaking, Rampal played the reluctant starring role in wall-to-wall news coverage in India last week. Since 2006, when he was first accused of complicity in the murder of a member of a rival sect, he had been ordered to appear in court time after time. The baba declined, choosing to stay holed up in his ashram, surrounded by faithful who pledged him their lives.

Fed up, police and prosecutors finally decided to extricate him.

There were considerable risks. According to India’s First Post,

… wheelbarrows full of stones were strategically placed at points [within the walled compound] in case they had to be hurled. Police also found acid inside the ashram and water guns filled with petrol.

The arrest of the god-man finally occurred

… amid a mist of tear gas, flaming vehicles. and violence that left at least six people dead.

It seems we may have found another religion of peace!

The 63-year-old Sant Rampal was detained after thousands of devotees streamed out of the ashram (a spiritual hermitage) in Hisar, about 110 miles from Delhi, following clashes between his supporters and police in which nearly 200 people were injured.

The authorities want to speak to the guru about the death of one person during fighting between his supporters and another group in 2006. Rampal and 38 others were charged with murder and other offences over the incident, but he was freed on bail. This was cancelled after his followers entered a courtroom and threatened lawyers in July.

Rampal had ignored dozens of orders to appear in court and took refuge inside the compound along with up to 15,000 people, according to local media reports.

Many were in the ashram by choice, but scores of ostensible followers say they had been held there in captivity.

Despite the devotion shown by some, many of those that escaped said that they had been held against their will, some of them for days. “They closed and locked the gates inside the compound and would not let us out,” Birender Satya told the Associated Press. …

A senior police officer, Shriniwas Vashist, told Reuters: “The godman was using his devotees as a human shield.”

November 25, 2014
Religious Fundraiser at a Rutgers Football Game Leads to Threat of Lawsuit
Next Post