During a recent football game at Rutgers, a portion of the proceeds made at the state university’s concession stands went to the Church of God in Christ for All Saints. Now, the American Humanist Association’s Appignani Humanist Legal Center has informed the school that sort of fundraiser is illegal: 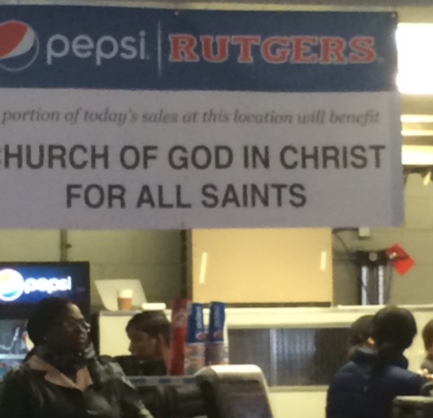 When the patron, a non-theist, went to the stand to purchase some concessions, she was affronted by this blatant violation of separation of church and state. Because she did not want her money to be used to support a church, she was unable to purchase provisions for the game.

The purpose of this letter is to advise you that such state-sponsored fundraising efforts — the proceeds of which go to an evangelical Christian church – must immediately cease, and that our organization will pursue the matter through litigation in federal court if it does not.

None of this is to suggest that the university should not be participating in charitable endeavors. To the contrary, the AHA strongly supports charity giving. Such good intentions, however, can be pursued in innumerable other ways that do not involve religion.

The broader church — known as COGIC — is the same one that played host to the “I’m not gay no more” man.