The newly-formed Rhode Island Coalition of Reason just announced the purchase of 10 king-size ads on the sides of buses in order to introduce themselves to the locals: 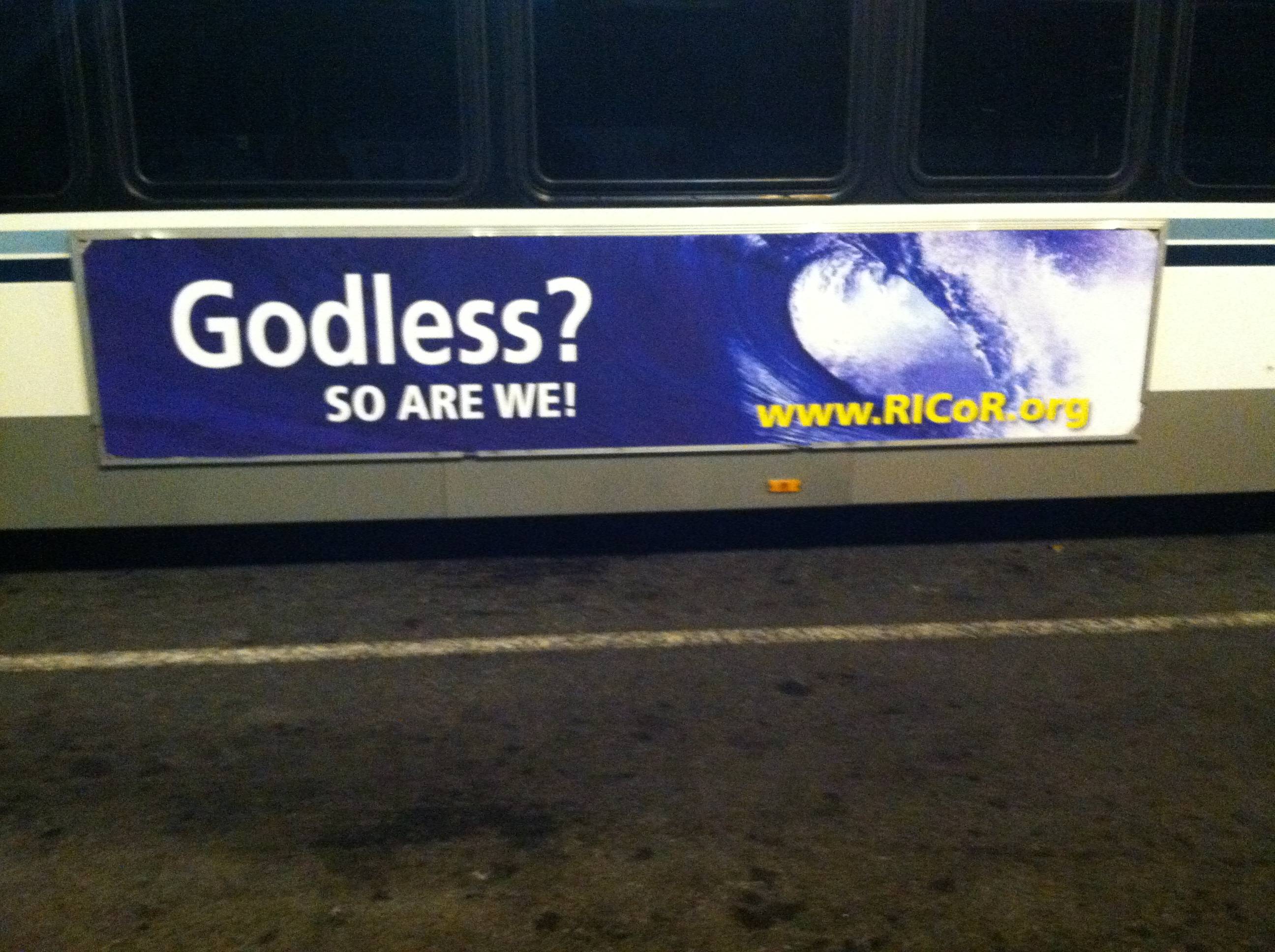 Tony Houston, the group’s coordinator, made clear why these ads are so important (via email):

“Today’s launch of the Rhode IslandCoR is a great day for real religious liberty, not just for Rhode Island, but for all Americans. The founder of Rhode Island, Roger Williams, was a theistic man who championed “soul liberty” and despised the “monstrous partiality” of sectarian dogma. Religious Rhode Islanders often overlook Roger Williams the secularist, but Williams knew that you couldn’t have freedom of religion without freedom from religion. He knew that heresy assumed that the accuser is the one who got it right.”

The bus ads, which will be up through Christmas, cost $6,200 and were funded by the United Coalition of Reason, a group that has now placed signs in 38 states in addition to the District of Columbia.

November 25, 2014
Colorado Supreme Court Rules Against Atheists Suing the State Over Its "Day of Prayer" Proclamations
Next Post