Dr. Ben Carson Feels God’s Fingers Urging Him to Run for President, but He Should See Where Those Fingers Have Been November 23, 2014 Rachel Ford

Dr. Ben Carson Feels God’s Fingers Urging Him to Run for President, but He Should See Where Those Fingers Have Been

In an interview with the Christian Broadcasting Network’s David Brody, neurosurgeon Dr. Ben Carson revealed that he feels God’s fingers pushing him toward a presidential run. 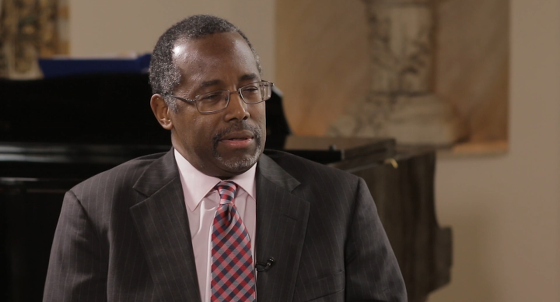 And how is that conversation going with God about this potential presidential run? Has He grabbed you by the collar yet?…

I feel fingers. But it’s mostly me… I have to be sure and I have a surgical personality that says always look before you leap, and don’t leap before you have to.

He also added, when asked, that there was a “good chance” that he would be on the presidential campaign trail.

This certainly isn’t the first time God’s touch has been witnessed in American presidential election races. The problem for people like Dr. Carson is that, lately, God has been really good at picking candidates who lose.

Michele Bachmann, after all, received a “sense from God” that she should run for President. And she didn’t even make it out of the primaries.

God let Rick Santorum‘s wife Karen know that He had her husband’s back during his run. And he lost in the primaries, too.

It was, of course, “God’s plan” that John McCain chose Sarah Palin as his running mate. God had a sense of humor with that one.

God cured Herman Cain‘s cancer so that he could be President. That didn’t work out so well.

No wonder Dr. Carson is weighing other factors before deciding to take the plunge. I mean, if an omnipotent, all-powerful being told me I was going to be President, I suppose I would want to listen… but with a track record like God’s, I’d probably reconsider.

November 23, 2014
Students in the Philippines Begin Convulsing, So Authorities Arrange For Exorcisms Rather Than Medical Help
Next Post