Last summer, a botched operation took the life of a 12-year-old Egyptian girl by the name of Sohair al-Bata’a. The man responsible has nothing to worry about professionally or legally, though.

The first doctor to be brought to trial in Egypt on charges of female genital mutilation (FGM) has been acquitted, crushing hopes that the landmark verdict would discourage Egyptian doctors from conducting the endemic practice. Raslan Fadl, a doctor and Islamic preacher in the village of Agga, northern Egypt, was acquitted of mutilating Sohair al-Bata’a in June 2013. …

Sohair’s father, Mohamed al-Bata’a, was also acquitted of responsibility. Police and health officials testified that the child’s parents had admitted taking their daughter to Fadl’s clinic for the procedure. 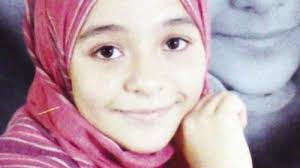 The doctor/preacher denies that he performs FGMs (the practice was formally banned in 2008, though enforcement is rare), saying that his patient came to him to have a wart removed from her genital area; that he made just a tiny incision; and that the girl had died from an unfortunate allergy to penicillin.

Anyway, surely cutting girls’ genitals is not widespread in a modern country like Egypt, right?

According to surveys by Unicef, an estimated 91% of married Egyptian women aged between 15 and 49 have been subjected to FGM, 72% of them by doctors.

I wonder if Ben Affleck would call anyone who cites those statistics “gross” and “racist,” too.

In rural areas with a low standard of education, such as Sohair’s village of Diyarb Bektaris, FGM still attracts instinctive support from Muslims and Christians, who believe it decreases women’s appetite for adultery. …

“We circumcise all our children — they say it’s good for our girls,” Naga Shawky, a 40-year-old housewife, told the Guardian earlier this year. “The law won’t stop anything — the villagers will carry on. Our grandfathers did it and so shall we.”

Mostafa, a 65-year-old farmer, said he did not realize that FGM had been banned. “All the girls get circumcised. Is that not what’s supposed to happen?” he asked. “Our two daughters are circumcised. They’re married and when they have daughters we will have them circumcised as well. If you want to ban it properly, you’d have to ban doctors as well.”

Sohair’s grandmother, also named Sohair, admitted to the Guardian that an FGM procedure had occurred, but claimed her death was “what God ordered.”

November 22, 2014
Texas Board of Education Approves Textbooks That Say Moses Influenced the Writing of the Constitution
Next Post

November 22, 2014 Kirk Cameron Wants to Save Christmas, but He Can't Even Save His Own Movie
Browse Our Archives
What Are Your Thoughts?leave a comment