Can’t Turn Off Your Lights on the Sabbath? No Problem. Just Ask the Local Police to Do It For You November 19, 2014 Hemant Mehta

Can’t Turn Off Your Lights on the Sabbath? No Problem. Just Ask the Local Police to Do It For You

Lakewood, New Jersey is home to about 60,000 Orthodox Jews who take the “resting on Sabbath Day” rule very seriously. That means, among other things, that they don’t use modern technology between Friday evening and Saturday evening.

So what happens when they need to turn off the lights or drive to get some groceries? 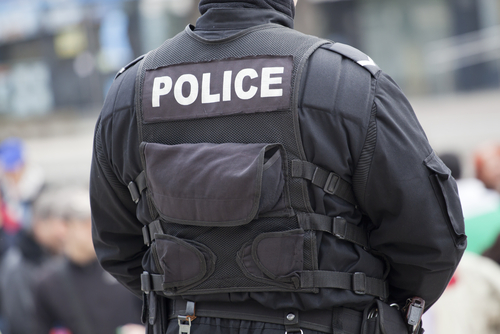 Orthodox Jews cannot drive a car — save for cases of life and death — during the 25 hours of the Sabbath, which begins at sundown every Friday and lasts until one hour after sundown on Saturday. Often, members of the Orthodox community have called police in order to handle seemingly routine tasks such as changing batteries in hearing aids and turning lights on and off because it is akin to starting or extinguishing a fire, which the rules of the Sabbath prohibit.

In Lakewood, the police department has taken the step of training its officers for special situations such as this. [Lakewood Police Chief Robert] Lawson said that the members of the Orthodox community will help train officers.

“As chief, I’ve tried to change the culture of the police department to be more friendly,” Lawson said. “Not only to the Orthodox community, but the various cultures in Lakewood, whether it be Latinos, African-Americans and I’ve reached out to leaders of those communities and built relationships with them.”

To be clear (even though the article is very confusing about this issue), the cops will not just respond to, say, phone calls from Orthodox Jews asking for someone to come flip the light switch. (That is, if they could make phone calls during the Sabbath.)

It’s more like if cops are walking around town and happen to run into someone who needs some help, they now have a better understanding of what’s going on and they’re welcome to take care of it.

But that still raises a lot of questions: How far does this generosity go? At what point does building a friendly relationship with the community — a great idea, by the way — turn into an illegal use of government resources? Where is the line drawn? Can non-Jews ask cops to help out with menial tasks in their homes? What happens if an actual emergency occurs when they’re running errands for the Orthodox Jews who don’t want to do it themselves?

There’s nothing inherently wrong with police officers helping people out like this on a lark, but at what point do we say it’s too much?

Even from a religious angle, what the Jews are doing violates the spirit of the law. If you’re not supposed to switch on the lights because your Holy Book says so, then don’t do it. Forget church/state separation — asking cops to do your dirty work because you choose not to do it is just a waste of the officers’ time. They’re not your personal weekend servants. In fact, there are people Orthodox Jews can hire (“shabbat goy“) to do those tasks for them, but even that seems problematic if they take the Sabbath seriously. To quote one online commenter, “If your religion says you can’t turn on the light, than sit in the dark or convert.”

By the way, this isn’t the first time Orthodox Jews have tried to outwit God using government resources.

November 19, 2014
They Must Sing These Songs at Camp Quest
Next Post