Today, I’m Saying Goodbye to My Old Self

Many of you know me as Dave Muscato, the Public Relations Director for American Atheists. 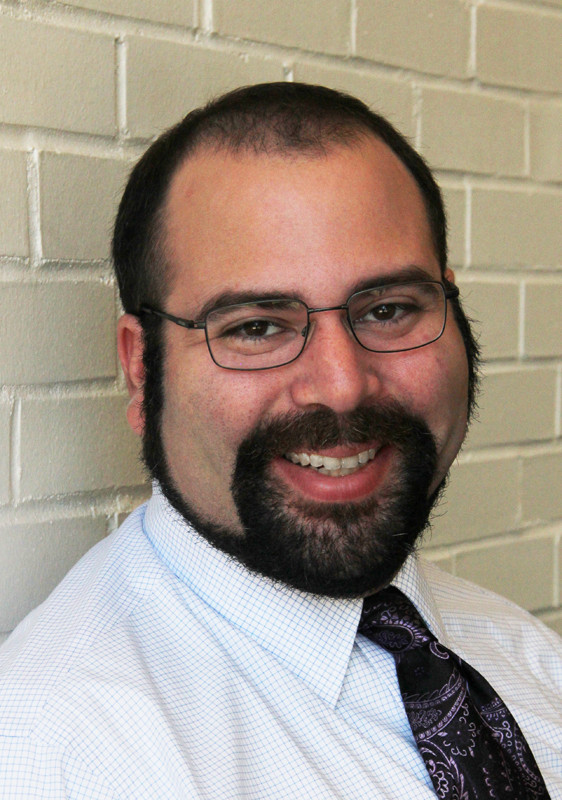 I’m fortunate to work in a movement where we embrace the idea of coming out, regardless of your label. I’m very public about my atheism — I consider myself a firebrand atheist — but there’s another aspect of my life that I have chosen not to be open about yet. Beginning in September of last year, I began to open up to a few trusted friends, and since then I’ve let in a number of colleagues and activists, including my co-workers and Hemant. Now that the proper preparations have been made, I’m ready to take the advice I often give others when it comes to atheism and stop keeping this aspect of my life to a small group of people.

I’m coming out publicly today as a transgender woman.

The new name I have chosen is Danielle, and I’m keeping my last name. I intend to transition in the near future.

I imagine there will be some questions about this. I consider my gender identity to be personal and, despite my passion for PR, don’t intend to do much in the way of interviews about my personal gender identity if I can help it. I fully support intersectionality and working together with LGBTQ activists on mutual goals, but I’m first and foremost an atheist activist, and that hasn’t changed. There are many other people who are significantly more educated about trans activism than I am and who are already doing great work in that area. I support them and obviously have an interest in their success, but it’s not my area of expertise. Exposing the harms that religion causes and making the world a better place for atheists will always be my passion.

For all practical purposes, very little will change as far as my work. The only real difference for now is that, going forward, I prefer to be called Danielle instead of Dave, and I prefer the use of feminine personal pronouns (she/her rather than he/him). I have the full support of my bosses, American Atheists President David Silverman and Managing Director Amanda Knief, as well as my other co-workers. That’s not to suggest that I was surprised to learn this, although they might have been surprised by the news!

Something to note, as this may be news if you haven’t thought about it before: Gender identity and gender presentation, also known as expression, don’t necessarily go hand-in-hand. While I have identified internally as a woman for a long time, for now, I will be presenting more-or-less as a man; that is, I will continue to wear mostly traditional men’s clothing, speak in my natural lower voice, and so on. Transitioning is a slow, painful, and expensive process and can take many months to several years. As I begin to take bigger steps to change my appearance, I will also begin dressing differently and changing other aspects of my gender expression.

This may be confusing at first, since I will look (and sound) like a man in the beginning of the process, but I will also be using feminine pronouns and going by Danielle. I want everyone to know up front that I will not hold it against you nor be insulted or hurt if you slip and use the wrong pronouns, or call me Dave by mistake — it happens! It will get easier as you get used to it, and especially as I start to change my outward appearance.

Although I don’t care to call attention to the fact that I’m transgender unnecessarily, I don’t intend to hide it either, and as long as your intentions aren’t malicious, I won’t hold an honest mistake against you.

I want to thank my dear friend Hemant for his offer to let me use his blog to come out. It is a comfort for me to be able to make this known to the wider atheist community in one fell swoop, even though it’s taken more than a year of preparation behind the scenes — and about 20 years of coming to terms with it on my end!

I especially want to thank Stephanie Guttormson of the Richard Dawkins Foundation; Amanda Knief, Nick Fish, and David Silverman of American Atheists; Jaclyn Glenn; Borislava Chakrinova; Katie Huddlestonsmith; Kelley Freeman of the Secular Student Alliance; Mallorie Nasrallah; Caleb Harper; Rukia Brooks; Christopher Cunningham-Crocker; JT Eberhard of WWJTD?; Miri Mogilevsky of Brute Reason; David Fitzgerald; Georgina Capetillo; Greta Christina; Marsha Botzer of the Ingersoll Gender Center; Danielle Robertson; Katy Raymon; Carly Jane Casper; Morgan Hart; and many more I don’t have room to list, but who are just as important, for their encouragement, advice, support, and guidance during this time in my life. Five years ago, I *never* would have believed that I would come out someday, let alone believe that transitioning would be a possibility for me. The journey has not always been easy, and I’ve only taken the very first step, but there’s simply no way I would be here without your help. Thank you.

One final note: Not everyone in my life has been supportive. I have already lost friends over this, even among the people I trusted enough to open up to personally about it. Sometimes, life is hard. To any closeted person reading this, I am sorry if you’re in a circumstance where you’re not able to come out the way I am. I want you to know that it took me until I was 30 to do this, and that it’s okay if you need time, or even if you decide coming out is not right for you and your situation. I’m coming out because it’s something I must do — I can’t continue living inauthentically as Dave; that’s not who I am — and also because it’s something I *can* do. I hope that by coming out now, I am able to take some of the heat for you if or when you decide you’re ready. Just as is the case with atheism, the more people who come out, the easier it is for everyone else, too.

Thanks for reading, everyone.

If you have a few minutes, here is some excellent information from GLAAD about being a good ally to transgender people.

If you would like more information about transgender identities generally, GLAAD also has a good primer here.