From the Account of a Survivor, Here’s the Fate of Many of the Yazidi Girls Kidnapped By the Islamic State November 16, 2014 Terry Firma

From the Account of a Survivor, Here’s the Fate of Many of the Yazidi Girls Kidnapped By the Islamic State

“Yazidi Girls Seized by ISIS Speak Out After Escape,” via the New York Times:

The 15-year-old girl, crying and terrified, refused to release her grip on her sister’s hand. Days earlier, Islamic State fighters had torn the girls from their family, and now were trying to split them up and distribute them as spoils of war.

The jihadist who had selected the 15-year-old as his prize pressed a pistol to her head, promising to pull the trigger. But it was only when the man put a knife to her 19-year-old sister’s neck that she finally relented, taking her next step in a dark odyssey of abduction and abuse at the hands of the Islamic State.

There are between five and seven thousand of these Yazidi female slaves who are forced to be at Islamist fighters’ beck and call. (As we learn of their fate, let’s try not to imagine too vividly what happened to the Yazidi boys and men.)

[The girls were] were taken to a three-story building crowded with hundreds of captives. The building functioned as a kind of clearinghouse. Islamic State fighters would stop by and take their pick of the girls and young women. Some, perhaps in a reflection of their lower rank, would take only one girl, while others took more, D. A. and other escapees said.

The men in this recent video, who are purported to be ISIS fighters, talk excitedly about visiting just such a slave facility. 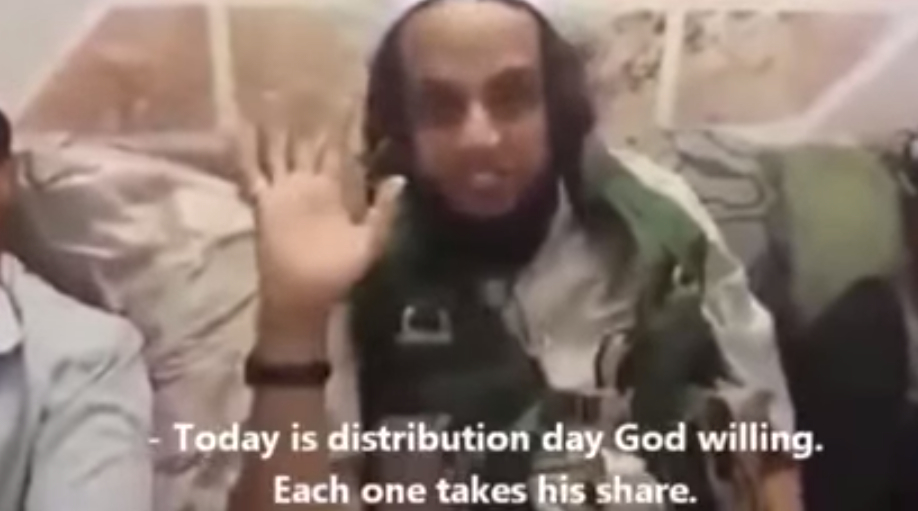 See any hint of reticence while they’re talking to the camera? Me neither. To them, it’s all exactly as Allah ordered it. No shame is necessary. They’re not committing war crimes, or vile acts that go against their conscience; they’re doing what God, in His perfect book, commanded.

The Islamic State itself has openly acknowledged its slavery industry. In an article last month in Dabiq, the group’s online English-language magazine, the Islamic State said it was reviving a custom justified under Sharia.

“One fifth of the slaves were transferred to the Islamic State’s authority to be divided as khums,” a tax on war spoils, and the rest were divided among the fighters who participated in the Sinjar operation, the article said. …

By forcing Yazidi women and girls to marry Islamic State members and become their “concubines,” the article said, the group is helping to protect its fighters against committing adultery.

Because, you know, you gotta have morals.

November 16, 2014
With Judge's Ruling in Favor of "Traditional Healing," a Child May Soon Fall Victim to Faith-Based Treatment
Next Post

November 16, 2014 A Refreshingly No-Bullshit Take on Christian Opponents of the Death-With-Dignity Movement
Browse Our Archives
What Are Your Thoughts?leave a comment