Last week, we learned that a war memorial outside the Boone County courthouse in Missouri had finally covered up the Jesus Fish symbol that had been there for 20 years: 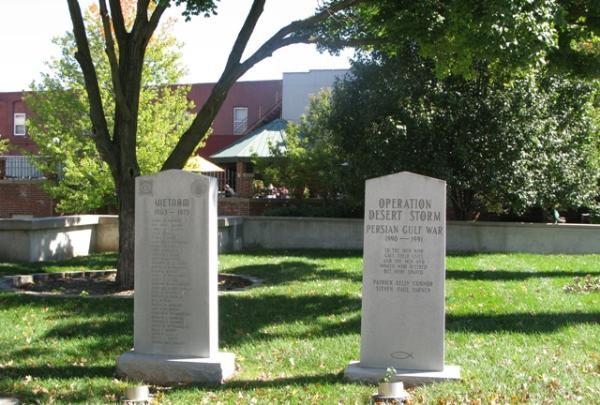 The literal cover-up came in response to a letter Americans United For Separation of Church and State sent county officials back in May. Officials feared a losing lawsuit and decided it wasn’t a battle worth fighting.

Now, they may be changing their minds.

There’s the crux of the issue right there. The people in Boone County just don’t give a damn about any veterans who aren’t Christian. Or they’re wrongly assuming every veteran believes in the same God as them. Whether it’s selfishness or ignorance, they have no business asking the government to promote Christianity on a monument. They are more than welcome to honor Christian veterans in their homes and churches.

(Image via Waymarking. Thanks to Brian for the link)

November 14, 2014
The Little Pebble Has Been Paroled, Free To Resume His Leadership of Australia's Craziest Cult
Next Post