Love Actually is the 2003 British film about a bunch of random characters whose lives intersect (whether they know it or not) and who fall in love with each other… and you know this because you’ve probably seen it 23940123 times by now.

Now, the creators of God’s Not Dead have taken that premise, added a lot of Jesus to it, and turned it into a movie called “Do You Believe?” which will be released this spring: 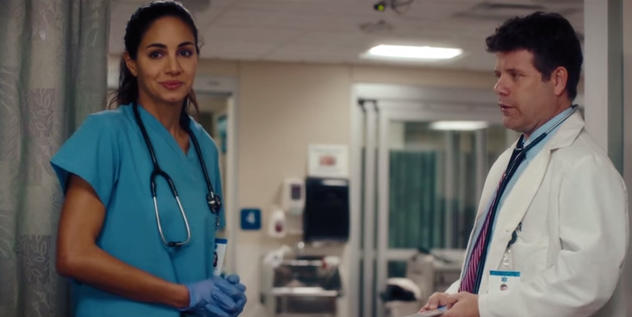 PureFlix released the trailer for “Do You Believe?” revealing an all-star cast including Mira Sorvino, Sean Astin, and Alexa Penavega on Monday.

From the same writers as the wildly successful “God’s Not Dead,” “Do You Believe?” follows a dozen different people whose lives unexpectedly intersect, bringing them together by the power of God, whether they believe it yet or not.

See if you can spot the token atheist in the trailer!

By the way, the same production team is still working on a sequel to God’s Not Dead. It’s slated for release sometime next year.

November 13, 2014
Genitalia Drawings Replaced with Images of Baby Animals in This Turkish Biology Textbook
Next Post

November 13, 2014 Jehovah's Witness Governing Body Member Condemns Skinny Jeans and Spanx
Browse Our Archives
What Are Your Thoughts?leave a comment