Turkish Military Sheds (Some) Secular Principles: Game of Thrones Is Out, Studying the Qur’an Is In November 12, 2014 Terry Firma

Turkish Military Sheds (Some) Secular Principles: Game of Thrones Is Out, Studying the Qur’an Is In

Remember how proudly secular Turkey was since the days of Mustafa Kemal Atatürk? Unusually for a country where 98 out of a 100 citizens still self-identify as Muslims, Turkey became a secular, democratic republic close to a century ago. In the last two decades, driven in part by its remarkably thin-skinned, immoderate Islamic leader, Recep Tayyip Erdoğan, who rarely misses a chance to push his religious agenda, that ideal has been hollowed out.

And so we get this:

The Turkish Armed Forces has updated its set of regulations for the high school academies that it administers, inserting an article in the chapter for “protection of students.” It advises a ban on screening films or shows that depict “sexual exploitation, pornography, exhibitionism, abuse, harassment and all negative behaviors.” [The national newspaper] Hurriyet cites Game of Thrones as one of the main culprits. 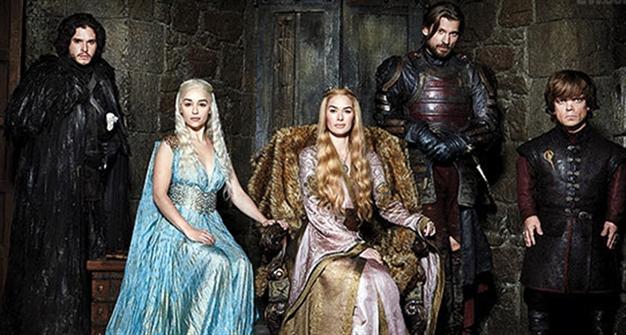 Alongside this addition to the regulations is another more telling one: the introduction of classes on Islam for the first time in military schools. Students can sign up for courses on “basic religious education, the Quran and the life of the Prophet Muhammad.”

It’s a striking development for an institution known to be notoriously secular. …

Critics… spy a creeping authoritarianism in Erdogan’s rule and some point to a parallel Islamization of Turkish society. The latest edicts for military schools may be a sign of the latter.

The Jerusalem Post casts a similarly wary eye on Turkey’s vanishing commitment to keep theocracy at bay, and on Erdoğan’s enthusiasm for nanny-state excess:

Tension between religious and secular elites has long been one of the underlying fault lines in the predominantly Muslim but constitutionally secular republic, forged from the ruins of an Ottoman theocracy by Ataturk 90 years ago.

Turkey’s “Kemalists” flinch at President Recep Tayyip Erdogan advising women on the number of children they should have, fostering restrictions on alcohol and expressing moral outrage over male and female students living together in the same house or flat.

Ishaan Tharoor at the Washington Post speculates that the state’s aversion to Game of Thrones may have less to do with religion, and more with

… military censors… objecting to the depictions of the Dothrakhi, a fearsome group of horse-riding nomads who venture from their lands of steppe and tall grass to torment wealthy cities to the West. The Dothraki are an admittedly crude reworking of the conquering hordes that emerged at various stages out of Central Asia; the Turks see their identity linked to nomadic Turkic tribes that settled in Anatolia.

Perhaps. But the Dothraki are clearly fictional, whereas Allah — oh, wait.