Parents Who Allowed Their Daughter to Die of a Treatable Disease Convicted of Manslaughter November 12, 2014 Hemant Mehta

There’s another case of Christians killing their child because, rather than visit a doctor, they put their trust in God. (And it happened in Oregon, where these kinds of faith-based homicide cases are all too familiar.) 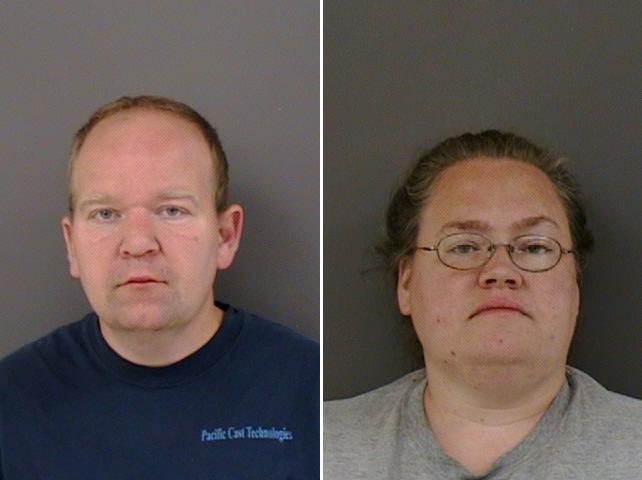 After four hours of deliberating Monday evening, a Linn County jury found both Wenona and Travis Rossiter guilty of manslaughter in the first and second degree.

The couple is accused of recklessly and negligently causing the death of their 12-year-old daughter Syble last year, who died from diabetic ketoacidosis. The state argues the parents should have been aware of the girl’s health problems, and that a reasonable person would have sought medical care. The Rossiters claim they thought their daughter had the flu, which is why they did not bring her to a doctor.

If that ailment sounds familiar, it may be because it’s the same problem that took the life of Madeline Kara Neumann because her parents also decided to put her life in the hands of God instead of someone who went to medical school.

The Rossiters are members of the Church of the First Born, another “faith-healing” group. (As one commenter on a news site notes, Wenona Rossiter is wearing glasses in that mug shot… so she trusts a doctor with her eyes, but not her daughter.)

I keep hoping these manslaughter charges will spur other parents in similar churches to take their kids to a doctor — just to be safe — and it never seems to happen. They’re willing to put their kids’ lives in jeopardy because they don’t want to be seen as being unfaithful to the Lord. It’s pure selfishness on the part of the parents and it’s the kids who suffer the most.