A reader politely asked me this morning why, in yesterday’s fisking of Michael Brown‘s dishonest post over at Charisma News, I hadn’t addressed Brown’s strenuous defense of homophobic evangelists Scott Lively and Lou Engle.

The answer is that the passage in question wasn’t there before (and I read the shoddy piece several times when it came out).

To cover his backside (?), I presume Brown or his editors added it after reading my critique — without noting anywhere that theirs was a post-publication, um, refinement.

By any reasonable journalistic code, it’s a no-no to make major alterations to a published article without then indicating that you’ve done so. (Fixing a typo or a minor flub is one thing; adding a critical paragraph with completely new content requires disclosure.) 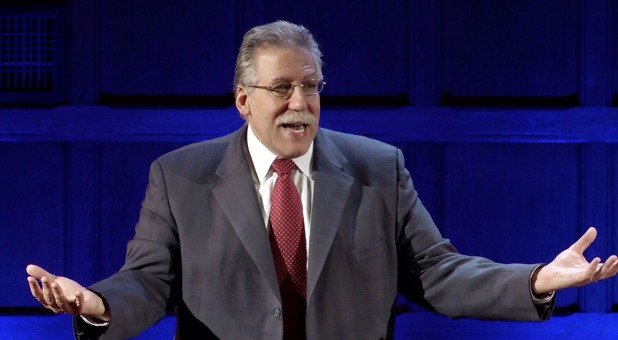 In yesterday’s post, I would gladly have addressed Michael Brown’s white-washing of the role U.S. conservative Christians like Engle and Lively played in stirring up violence and persecution against Uganda’s gay population. And, unlike Mr. Brown, I would’ve provided corroborating links.

But I’m not prepared to chase after this editorial huckster under these circumstances. He could change his prose again, moving the goal posts, and people would have no way of knowing.

He’s made other changes too. For instance, his puzzling reference to “Thinking Atheist” has now been corrected to “Friendly Atheist.” I’ll take that as a sign that at least he’s not impervious to all factual truths.

On a not-quite-so-optimistic note, I’ve occasionally thought that we can have a halfway decent verbal duel with these folks without the need to take screenshots of their entire articles first.

I could be wrong.

(Thanks to the Starship Maxima)

November 12, 2014 Another Ponzi-Scheming Pastor Gets Sent Up the River: the Reverend Luis Serna Stole $7 Million From Hispanic Poor
Browse Our Archives
What Are Your Thoughts?leave a comment