How do you know when community leaders don’t understand the separation of church and state? When they promote a prayer breakfast on the city’s website: 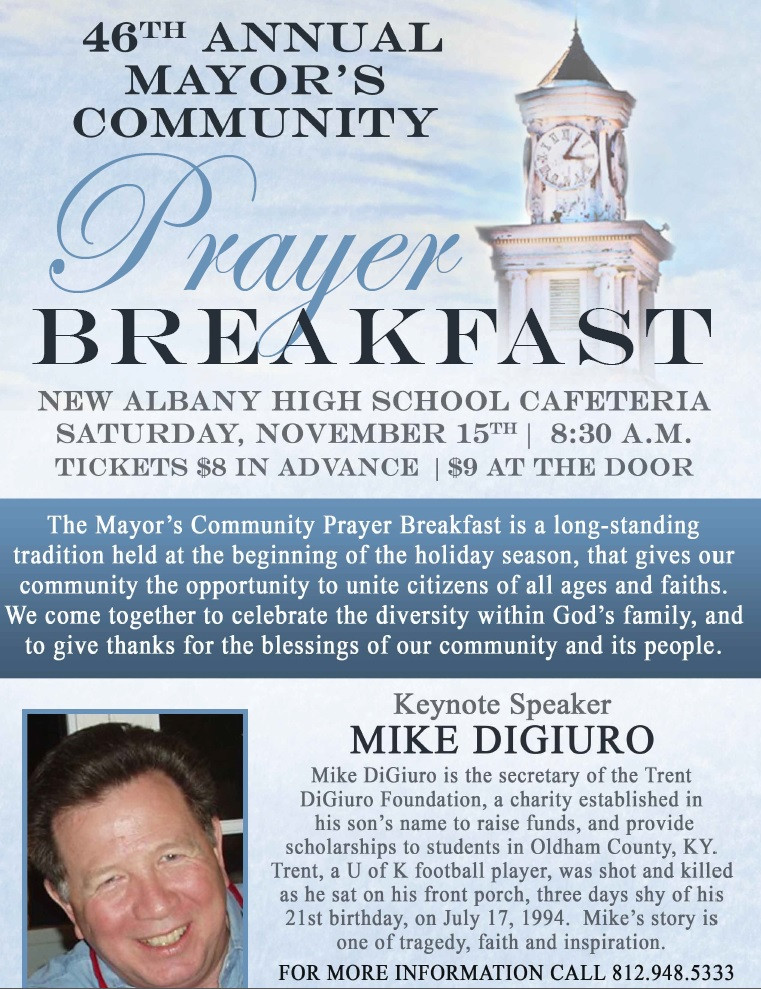 The Freedom From Religion Foundation notes some other violations going on in New Albany, Indiana:

The city also put an ad for the prayer breakfast on citizens’ municipal utility bills, emphasizing the words “prayer” and “faith.” City Hall’s phone number is listed on both the city website and the utility insert as the number to call for more information about the prayer breakfast.

In a letter to Mayor Jeff Gahan, FFRF attorney Rebecca Markert made it very clear how illegal this is:

Your participation in this event, and the city’s apparent coordination of the event, pose serious constitutional separation of state and church concerns… Since any reasonable city resident would logically interpret the city’s actions in this case as government endorsement of religion, the city must refrain from expending any further taxpayer dollars, using publicly funded employees, and drawing on any other publicly funded resources to promote the religious prayer breakfast.

FFRF also filed an open records request to find out what sort of correspondence led to this event and how much in taxpayer funds is being used to make this happen.

So far, there’s no response from Gahan. The event takes place this weekend.

November 11, 2014
Help Me Compile a List of All the Non-Theistic U.S. Politicians Currently in Office
Next Post