There’s a message board encased in glass outside the Athens County Courthouse (in Ohio) that lists the addresses of all the houses of worship in the area. 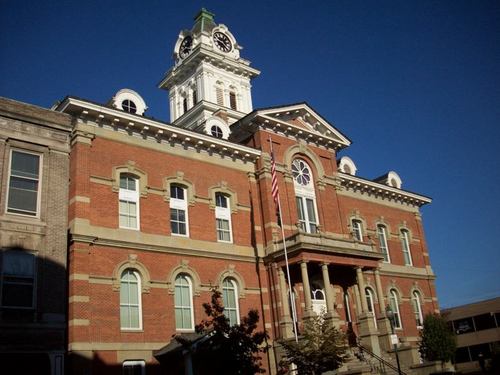 Eliot Kalman, a resident who used to head up the local branch of the ACLU, believes the presence of that sign is unconstitutional… he complained about it to local officials but they responded by saying they were simply providing information to the public, not promoting any of the religious groups — and that he could request his own group be added to the list if he wanted. Unsatisfied with that answer, he fought back by putting a giant sticker on the board:

Even after his sticker was taken down, he continued to put a new one back up in a weird passive-aggressive battle… eventually, he was caught on camera and arrested:

Let’s get a couple of things out of the way:

By the way, Kalman also protested a local street roundabout dedication ceremony in 2010 because it included an invocation. Doesn’t look like he won many people over to his side then, either.