All Around Us, Placebo Buttons Prove That We’re Not So Different From Pavlov’s Dog November 10, 2014 Terry Firma

All Around Us, Placebo Buttons Prove That We’re Not So Different From Pavlov’s Dog

Have you ever danced to make it rain? Worn garlic around your neck to stave off vampires? Sacrificed a virgin to persuade the sun to come up?

I’d venture that you never did any such thing. But if you’re anything like me, when you’re a pedestrian in a city, you do press the crosswalk button to make the light turn green, which it eventually does. Every time that happens, you and I and almost everyone else are being conditioned, Pavlov‘s-dog-style, to do it again the next time we cross the street.

Now consider this: there’s a high likelihood — probably something like 8 or 9 out of 10 — that the button, by design, either never worked to begin with, or has been disabled in recent years thanks to fully-automated traffic control systems taking over. 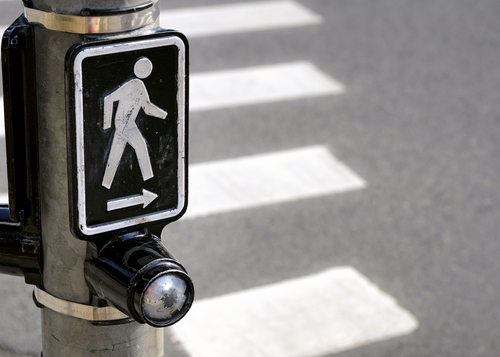 The same is true for the “close the doors” button on today’s elevators. In most cases, these buttons do absolutely nothing but give us an illusion of control. They were put there to prevent or lessen user frustration. When the doors eventually do close, which is always, our brains receive a happy jolt of confirmation that our action was successful. That’s all the reward we need to keep pressing those almost certainly non-functional buttons in the future.

The deceit is everywhere, writes author David McRaney. It includes dummy office thermostats, not actually wired up, that lull workers into a false sense of agency over their shared environment (install such a dummy, and complaints about the office being too hot or too cold drop markedly).

Three researchers — Eytan Adar, a computer scientist at the University of Michigan, and Desney Tan and Jaime Teevan, scholars at Microsoft Research — have collected and described hundreds of examples of deceptive technology. Some are subtle. For instance:

[W]hen the servers at Netflix fail or are overwhelmed, the service switches from its personalized recommendation system to a simpler one that just suggests popular movies [to everyone, regardless of individual customers’ movie preferences].

I’ve noticed recently that Apple’s ship times for the new iPhone 6 and 6-Plus appear to be deliberately exaggerated. Most of the devices ship well before the dates indicated on the website when you check your order status, the better to ultimately impress customers. That’s a time-honored trick, akin to the

… digital signs that [on purpose] over-estimate wait times for lines at amusement parks.

Coinstar kiosks, the coin-counting machines stationed in Walmart and other stores, are rumored to take longer than necessary to tally change because designers learned that customers find a too-quick tally disconcerting.

And of course, there are the progress bars on our monitors.

[T]he progress bars presented on computer screens during downloads, uploads, and software installations maintain virtually no connection to the actual amount of time or work left before the action is completed.

One of the progress bar’s co-inventors, Brad A. Myers, told the New York Times earlier this year that subjects in an early test group

“… didn’t mind so much if it was inaccurate. They still preferred the progress bar to not having anything.”

When waiting for a download or upload to complete, we’re soothed when we can easily deduce that there’s progress at all, without much regard for the truthfulness of the gauge.

How is all this related to religious beliefs? Easy: Like faith, this is a deception (and self-deception) that keeps us happy.

… are a lot like superstitions, or ancient rituals. You do something in the hopes of an outcome — [and] if you get the outcome, you keep the superstition.

Dancing to bring the rain, sacrificing a goat to get the sun to rise — it turns out these are a lot like pressing the button at the crosswalk over and over again.

Your brain doesn’t like randomness, and so it tries to connect a cause to every effect; when it can’t, you make one up.

It’s a sobering thought for skeptics and rationalist who’ve gotten hoodwinked by this technology — even if they don’t particularly mind it.

November 10, 2014
How Great Is Allah the Merciful, the Compassionate?
Next Post

November 10, 2014 Sean Faircloth, Former Head of the Secular Coalition for America, Wins Seat on Bangor (Maine) City Council
Browse Our Archives
What Are Your Thoughts?leave a comment