Last week, I posted about the Covington Baptist Association in Alabama, which wanted to draw men — manly men — to their church. They were even offered steak to men who attended their gatherings.

While the group is welcome to do all that, the problem was that the Covington County Commission (below) was giving the group $3,000 in taxpayer money to support the ministry. 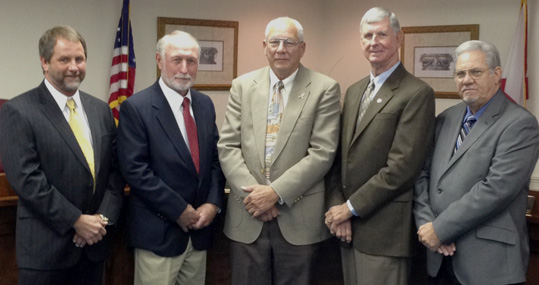 The money may have been directed at renovating the building the Baptists were meeting in, not the ministry directly — so went the Christians’ argument — but it turned out the building belonged to a church. So there was no way out of this. It was government money that was being used to promote religion.

The Freedom From Religion Foundation sent a letter to the Commission Chair warning him about the illegality of sending this money.

Commissioner Harold Elmore, who suggested making the donation in the first place, was the same person who suggested rescinding the offer.

Commission Chairman Bill Godwin said Thursday afternoon that the Covington Baptist Association returned the county’s check before Thursday’s vote, and the check has been voided. 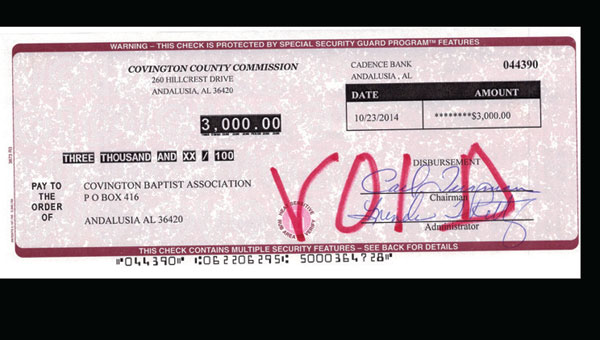 Smart move on their part. The taxpayers in Covington County should be thankful their money isn’t being wasted — and that the government officials aren’t doing anything to bring on a lawsuit, costing them even more.

Of course, it shouldn’t have gotten to this point to begin with… but remember. This is Alabama. We’ll take what we can get in that state.

November 8, 2014
High School Students Punished for Not Saying "Under God" When Leading Pledge of Allegiance Over Loudspeakers
Next Post

November 8, 2014 The Guardian Deleted the Spot-On, Polite Comment From the "Ex-Muslims of Britain" That We Published Yesterday
Browse Our Archives
What Are Your Thoughts?leave a comment