An In-Flight Safety Video for Ultra-Orthodox Jews Who Refuse to Sit Next to Women November 7, 2014 Hemant Mehta

Just over a month ago, an El Al flight from New York to Tel Aviv became an “11-hour nightmare” when the ultra-Orthodox Jews on the plane refused to sit next to any women. Many of the men stood in the aisles to avoid sitting next to the ladies, forcing the plane to delay takeoff until the situation could be resolved. 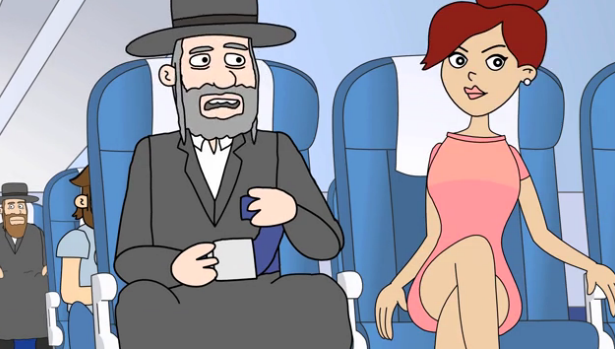 A silly video for a ridiculous request.

November 6, 2014
A Conference for Atheist and Agnostic Alcoholics is Taking Place in California This Weekend
Next Post