Christian Files Lawsuit to Prevent Gay Marriage in SC… Because It Would Prevent Him from Worshiping the Lord November 4, 2014 Hemant Mehta

If this lawsuit is any indication, Christians must be done trying to fight marriage equality using anything resembling an argument.

Don Boyd seems to think that if gay marriage is legalized in South Carolina, it would prevent him from being a Christian: 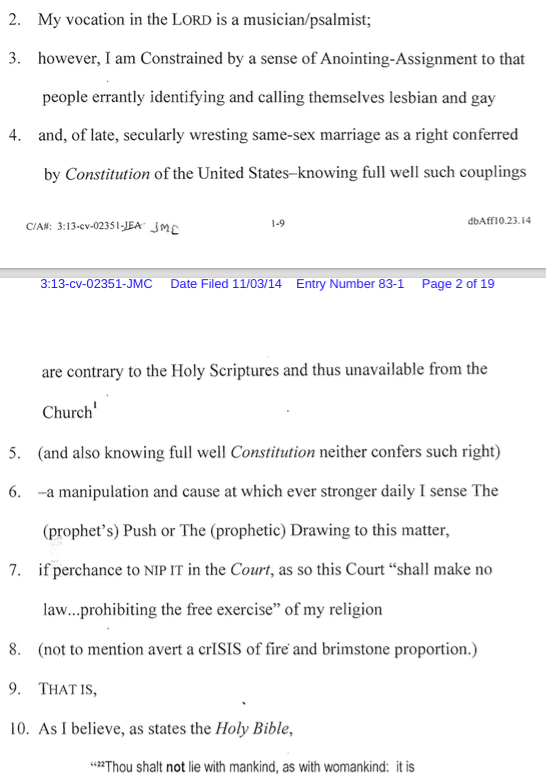 Any Court/State ratification of gay “marriages” creates a catch-22 by which in one way or another I am forced to disobey God’s Charge to warn, or in so warning disobey God’s commandment to rest — PROHIBITING the free exercise of my established religion antedating all ideas of “gay marriage” and well-known beforehand to all adults errantly identifying and calling themselves lesbian and gay…

The last pages of the lawsuit include photocopies of pages from the Bible and marriage announcements that look like something out of A Beautiful Mind… because if gay people can get married, NO ONE ELSE WILL BE ALLOWED TO DO SO! 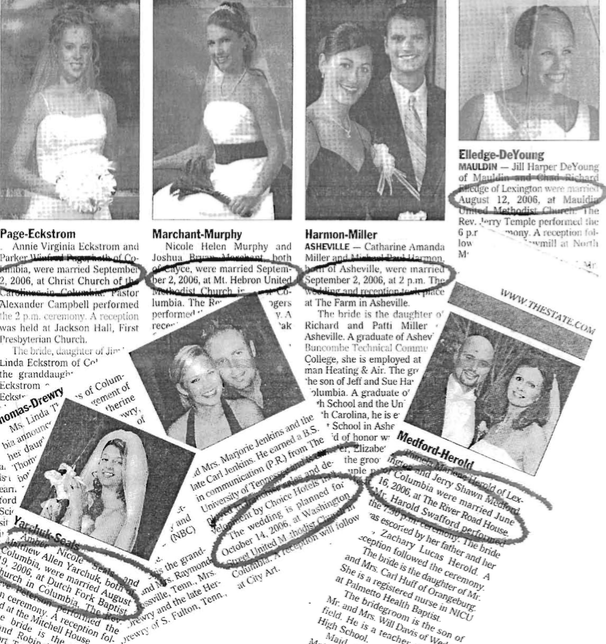 Translation: Go ahead and make same-sex marriage legal, South Carolina. They’ve run out of reasons to prevent it from happening.

(via Joe. My. God. Thanks to Alan for the link)