One week after taping the CBS TV interview embedded below, firebrand preacher Anjem Choudary was arrested “on suspicion of being a member of a proscribed or banned organization… and encouraging terrorism.” Choudary, a well-known Muslim provocateur and lawyer who we’ve featured on this blog before, was in the company of his protegé Abu Rumaysah, an ex-Hindu who somehow turned into one of the most implacable Muslim fundamentalists you’ll ever see in front of the cameras (watch the footage below).

Counterterrorism officials and experts say Choudary and the many shadowy groups he has fronted have directly contributed to the indoctrination of dozens of people who have gone on to plan or commit attacks in the United Kingdom.

[Choudary’s] network… has also become a vital facilitator in the flow of some of the thousands of Europeans who have swarmed to the battlefields of Iraq and Syria, and who could return to carry out attacks in the West.

Choudary is an eager self-promoter who clearly longs to be seen as having out-strategized and outwitted a string of politicians, journalists, and law enforcement officials. Maybe his lucky streak has now come to an end; he will stand trial in January.

There are no guarantees, though. He strikes me as smart enough to have plausible deniability about what he’s being charged with, possibly having stayed on the right side of British law… but clearly skating within a hair’s breadth of illegality time upon time. 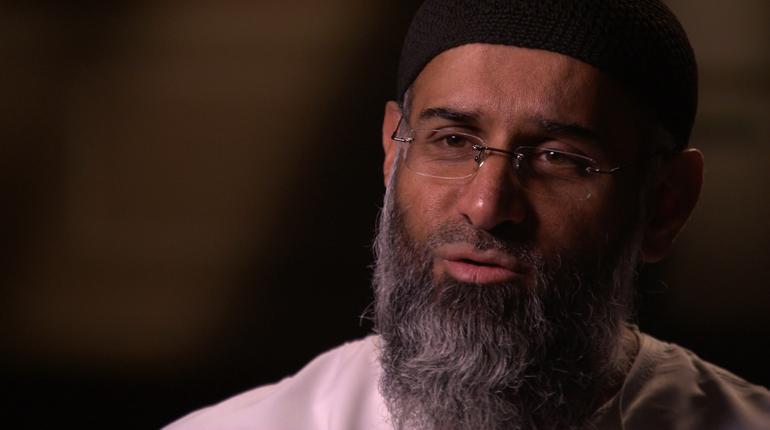 Whatever the final verdict, there’s no doubt that Choudary isn’t just a hubris-filled clown, but a genuinely dangerous man, thanks to the influence he exerts on young Muslims with jihadist aspirations. The less we hear from him in the future — possibly because he’ll be behind bars — the safer the U.K. will be.