Apparently, if you’re an evangelical Christian,

Under the headline “Secularism Declares Open War On Religious Faith,” Michael Brown (below) at the Christian Post warns his fellow Jesus followers that atheists are out to get them, and he starts by saying

… secularism has been waging war against religion for centuries.

Don’t you think you might have that backwards, professor?

Then Brown gives four examples of how atheists are waging outright war on faith. Curiously enough, he doesn’t seem to give a damn about any of the other major religions that we have to fight back against; only Christianity is worth mentioning. 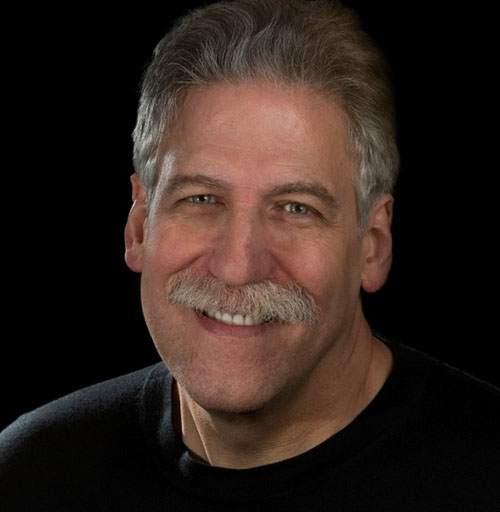 Exhibit one: He notes that various press outlets have called the Supreme Court’s Hobby Lobby decision deplorable and short on science. Nowhere does Brown offer the slightest attempt to rebut the charge and to argue that those articles were wrong. They just are, I suppose. But more to the point, he doesn’t tell us whether the pieces in question were written by atheists. There are plenty of progressive Christians who also think that the Supreme Court was on thin ice in the Hobby Lobby case, to say the least, and who bemoan the decision. I don’t think they are who Brown has in mind when he beats up on secularists.

Exhibit two: Six months ago, the city council of Nainamo, near Vancouver, Canada, voted to keep a Chick-fil-A-sponsored Christian conference out of town. If I’d been on the council, my vote would have gone the other way for sure (comes with the territory when you’re seriously pro free speech). Anyway, Brown again does not offer any indication that rabid secularists or atheists were behind the council vote. It’s certainly possible that the councilors all have Christopher Hitchens‘ selected works sitting on their nightstands… or they could be frequent Bible / Torah / Qur’an readers instead.

Exhibit three: Brown takes great umbrage to an atheist named David Pakman who has been drawing parallels between how ISIS thinks and how conservative Christians in the U.S. think. Pakman says, correctly in my book, that many (and possibly most) conservative Christians, like extremist Muslims, embrace homophobia, the second-class status of women, and the removal of evolution from the classroom. I think Pakman’s comparison to ISIS is unhelpful, but it’s not incorrect. What would be incorrect is to say that conservative Christians go around cutting infidels’ heads off with abandon. Pakman never goes there, obviously. He says the respective ideologies are similar, not identical; nor does he claim that the outcome of religious fundamentalism is the same no matter whether it’s extremist Muslims or hardline-conservative Christians we’re dealing with. (But read on for more about that.)

Such distinctions aren’t truly lost on Michael Brown, I suspect, but to give his audience the red meat it craves, he pretends otherwise.

Exhibit four: For his final example, Brown pulls more of the same. He writes:

[Peter] Tatchell [a gay atheist in the U.K.] issued a “call on people everywhere to stand with us to establish an international front against the religious-Right and for secularism.”

And what exactly does Tatchell mean by “the religious-Right”? Specifically, “The Islamic State (formerly ISIS), the Saudi regime, Hindutva (Rashtriya Swayamsevak Sangh) in India, the Christian-Right in the U.S. and Europe, Bodu Bala Sena in Sri Lanka, Haredim in Israel, AQMI and MUJAO in Mali, Boko Haram in Nigeria, the Taliban in Afghanistan and Pakistan to the Islamic Republic of Iran and the Islamic Salvation Front in Algeria.”

Predictably, Brown is aghast that “the Christian-Right” right shows up in a string of pro-theocracy groups. Perhaps it would temper his incredulity to be reminded of the outrageous, deadly smear campaign against gay people in places like Uganda — a campaign that was stoked by many of his Christian brethren, including hard-bitten, homophobic evangelists like Scott Lively and Lou Engle. While I’m certain that the vast majority of evangelical Christians want nothing to do with the violence and (at least publicly) would never support killing people for having same-sex attractions, it’s also true that Lively and his cronies can only operate thanks to the donations and logistical support of their Christian base back home.

Even without help from U.S. meddlers, anti-gay sentiment and hate crimes against gay people are widespread in Uganda — and elsewhere. It’s even enshrined in the law: Uganda is part of the Commonwealth, an organization of 54 states; homosexuality remains illegal in 41 of them. That kind of discrimination isn’t chiefly perpetrated by “secularists,” I can guarantee you. Even Brown wouldn’t dare suggest that. As we all know, it’s those superbly moral religious believers who lead the charge, and Tatchell is correct in calling out prominent evangelicals, right along with Muslim fundies, for their extreme bigotry. Their methods may not be identical (and gay people have, on the whole, more to fear from Muslims than from Christians), but the mindset of the two faiths is not nearly as night-and-day as Brown would have you believe.

I’m not aware of any atheists who are interested in waging war on religious faith. Most of us, I’ll bet, are quite happy, if not adamant, to preserve the right to believe and speak as one sees fit for everyone, believer or agnostic. As long as the faithful keep their religion out of the public square — that is, out of our public schools, and away from the business of a neutral government — we should all get along relatively well. If Mr. Brown seeks a truce between the religious and the non-religious, all he and his fellow believers need to do is (a) tone down the hateful rhetoric, all Jesus-like; and (b) keep their worship and their rule books confined to places where they are constitutionally appropriate. Problem solved.

November 4, 2014
Should Atheists Vote on Election Day?
Next Post