If you visited Norma B. Handloff Park in Newark, Delaware last week, you would’ve seen this display telling the biblical story of Noah’s Ark: 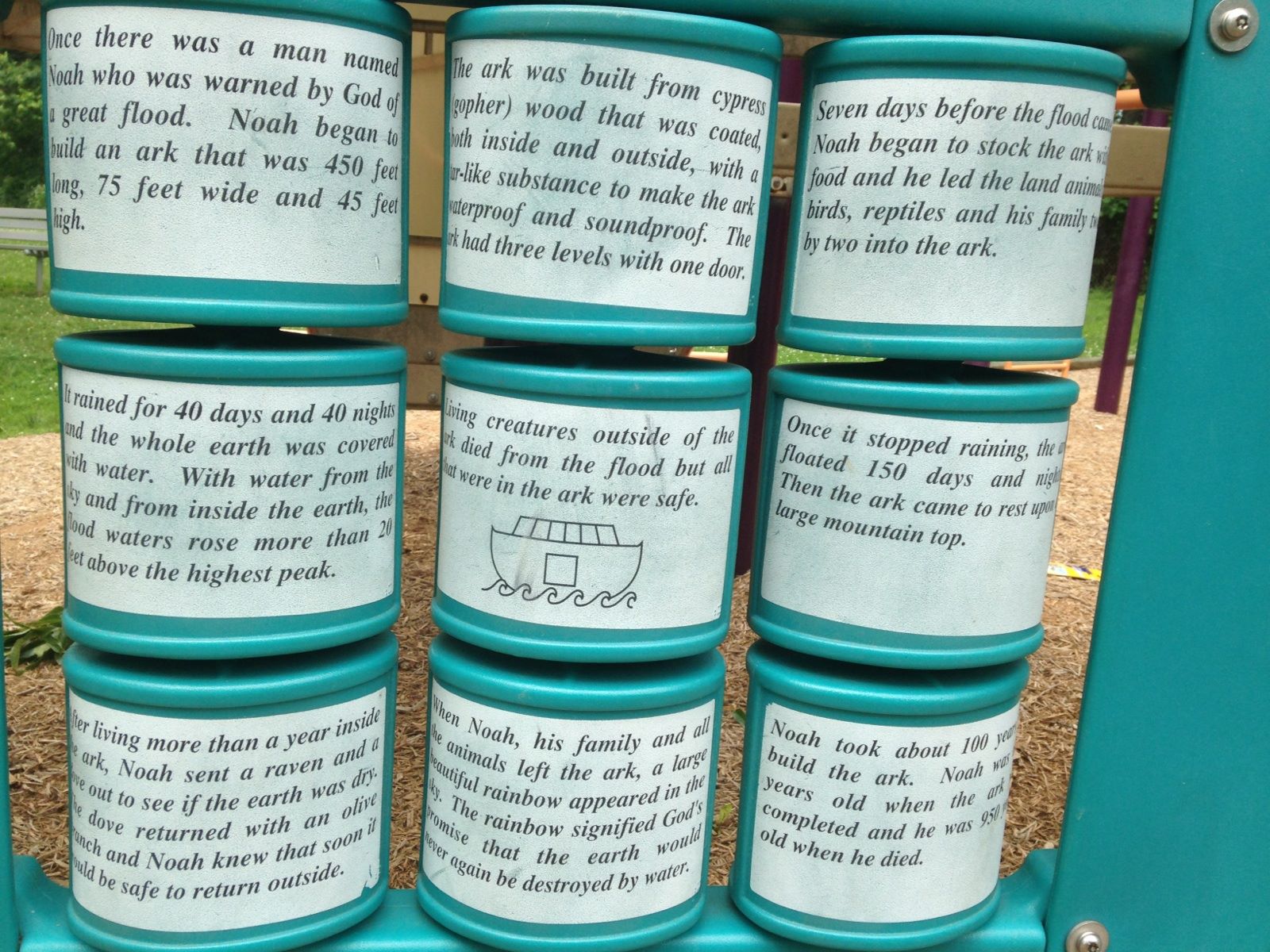 If that seems out of place at a public park… that’s because it is.

The Delaware Valley chapter of Americans United, working with the national organization, sent a letter to city officials asking to have it removed, and the city finally complied this week:

[Said a city official:] “After review, our city solicitor advised that the display be removed, and the Parks and Recreation Department, acting on this advice, removed the display.”

Janice Rael, vice president of DVAU, told [the Christian Post] that her organization had “a strong role in having the Noah’s Ark display removed” from the park.

“DVAU received citizen complaints from some atheist grandparents who did not want their grandchildren to see the Bible verses or the cartoon rendition of the Noah’s Ark story,” said Rael.

Personally, I wish they had a better explanation. The problem isn’t offense. (We can deal with offense.) The problem is that the city shouldn’t be promoting religious stories on a public playground. That’s all. Which is pretty much what Rael said later:

“I am sure that the city meant no harm, but the government must remain neutral on religious matters, so they had to take that installation down,” Rael told CP.

This may seem like a petty fight to pick, but I firmly believe we need to go after even minor church/state violations. If we don’t, it won’t be long before we start seeing biblical displays at city parks everywhere.

November 4, 2014
Author at Christian Post Warns That Secularists Are Waging War on Religion... and Offers Four Piss-Poor Examples
Next Post