Bill Maher Speaks About the Berkeley Controversy, Then Gets Berated by Panelist for His Comments About Islam November 1, 2014 Hemant Mehta

Bill Maher Speaks About the Berkeley Controversy, Then Gets Berated by Panelist for His Comments About Islam

On last night’s episode of Real Time, Bill Maher addressed the controversy at UC Berkeley in which he was invited as a commencement speaker, only to have students protest his invitation, calling him a “blatant bigot and racist.” (Berkeley officials said they would not rescind his invitation.) 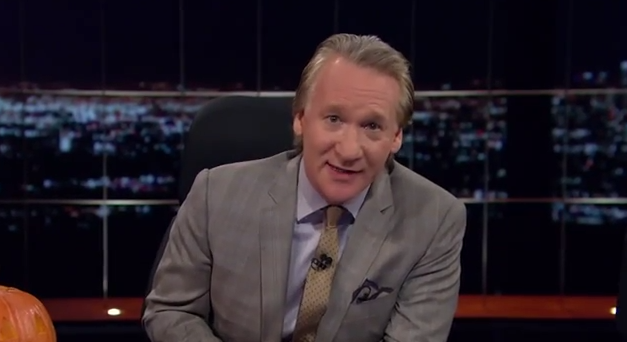 Panelist Rula Jebreal followed that monologue with a lengthy diatribe calling out Maher’s comments about Islam:

Among the many things she said was that this wasn’t about free speech. The protesters were justified in complaining because they wouldn’t have a chance to respond to Maher’s commencement address.

(Quick rebuttal: Maher made clear that his address would focus on advice for the students, not his views on Islam. The latter would be inappropriate, really, given the nature of the event.)

Finally, Jebreal suggested Maher looked at all Muslims the same way (“For you, we are all jihadists”) and that if he made similar claims about African-Americans or Jews, he would be out of a job.

Of course, Maher said never said anything like that. He’s said the percentage of Muslims who do not condemn violence in the name of their faith is much higher than we’d think (21% worldwide and 13% in the U.S., according to the Pew Research Center). He’s said the more liberal Muslim voices tend to be silent when we need them the most, like when a fatwa was issued against Salman Rushdie. He’s said Islam is unique in the way it both calls for the death of apostates and has followers who agree. He’s had moderate Muslims on his show before.

And comparing Maher to a racist or anti-Semite is really off base, considering that African-Americans don’t have an unquestionable holy book that commands them to kill other people and, again, there’s a difference between criticizing a holy book and going after the mostly peaceful people who might revere it.

It was frustrating to see her make accusation after accusation without giving Maher much of a chance to respond. He briefly cut in at times, as did the other panelists, especially toward the end, but it was mostly a Gish Gallop of anti-Maher talking points on her end. If she really wanted to have a conversation, there were plenty of opportunities for it, all of which she squandered.

November 1, 2014
8th Grader Gets Biblical Literalist to Admit God Doesn't Really Mean It When He Says Hell is Forever
Next Post