Young Atheist Gets Youth Pastor Banned from Middle School After He Preached to Her During Lunch October 31, 2014 Hemant Mehta

Tim Saffeels volunteered at Straub Middle School in Salem, Oregon, meaning he supervised during lunch periods, reminded students to clean up after themselves, and served as a role model during his time there. 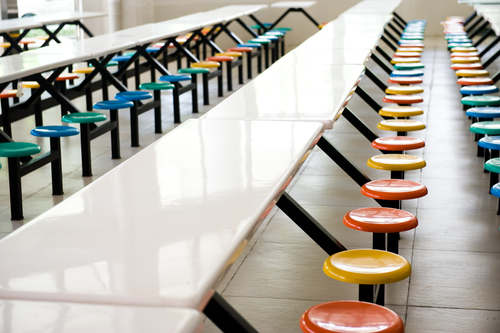 Last week, he sat near a group of students, including one who attended Salem Heights Church, where he serves as youth pastor. The subject naturally drifted to religion. He should’ve stopped the conversation there, but (of course) he kept it going.

Shit really hit the fan when a student told him she didn’t believe in God:

… I replied that I am an atheist, which I am, and I am very firm in my beliefs, and that he should not try to convince me otherwise. He began insulting me, my beliefs, and my intelligence, saying that, “Any logical person would see that atheism is wrong” and telling me that I am “too young” to choose this belief and saying that he believes I am simply trying to “rebel”. I explained that it was quite the opposite, that I find religion itself illogical. He got upset here and started telling me that my belief was “bad,” “stupid,” and “evil,” and that I was as well. I was already quite upset, so I told him to “leave me alone” and he simply continued, telling me that I needed to come to a church function to “cleanse my mind and soul of evil” and gave me a card for his youth group, because, as he said, which I promptly got rid of. I know there were other things he said, but some were not direct, and I don`t remember exact quotes.

Go read that letter because it’ll restore your faith in… people without faith. It’s respectful, detailed, and well-written.

It worked, too. Perez told Saffeels that he’s banned from visiting the school:

“I decided that I’m not going to allow him in because to me there was a breach of trust there,” Perez said.

Perez said that she appreciates volunteers at the schools and the time they commit. This is the first time she’s faced this problem.

For what it’s worth, Saffeels claims he never said any of this, but the parents of the student he said would corroborate his story refused to speak with the reporter.

Saffeels doesn’t deny bringing up religion at all, but says the kids brought it up so that should let him off the hook. (Spoiler: It doesn’t work like that. You’re the adult. You’re supposed to say, “I shouldn’t be talking about that,” then change the subject.)

Hey, Freedom From Religion Foundation and American Atheists and the American Humanist Association: I know you give out college scholarships.

Shelby Conway seems pretty damn deserving of one (or more).

October 31, 2014 I Owe an Apology to the Freedom From Atheism Foundation, Though They're Not Completely Off the Hook
Browse Our Archives
What Are Your Thoughts?leave a comment