“Graveyard of the Gods” in Texas Clearly Rubbed Someone the Wrong Way October 31, 2014 Hemant Mehta

Because it’s Halloween, a few campus atheist groups have been setting up a Graveyard of the Gods, reminding students that there are other deities besides their own who were once worshiped, believed in… and forgotten.

And whatever Higher Power you believe in will eventually join those ranks.

At Texas A&M University — Corpus Christi, the setup looked like this: 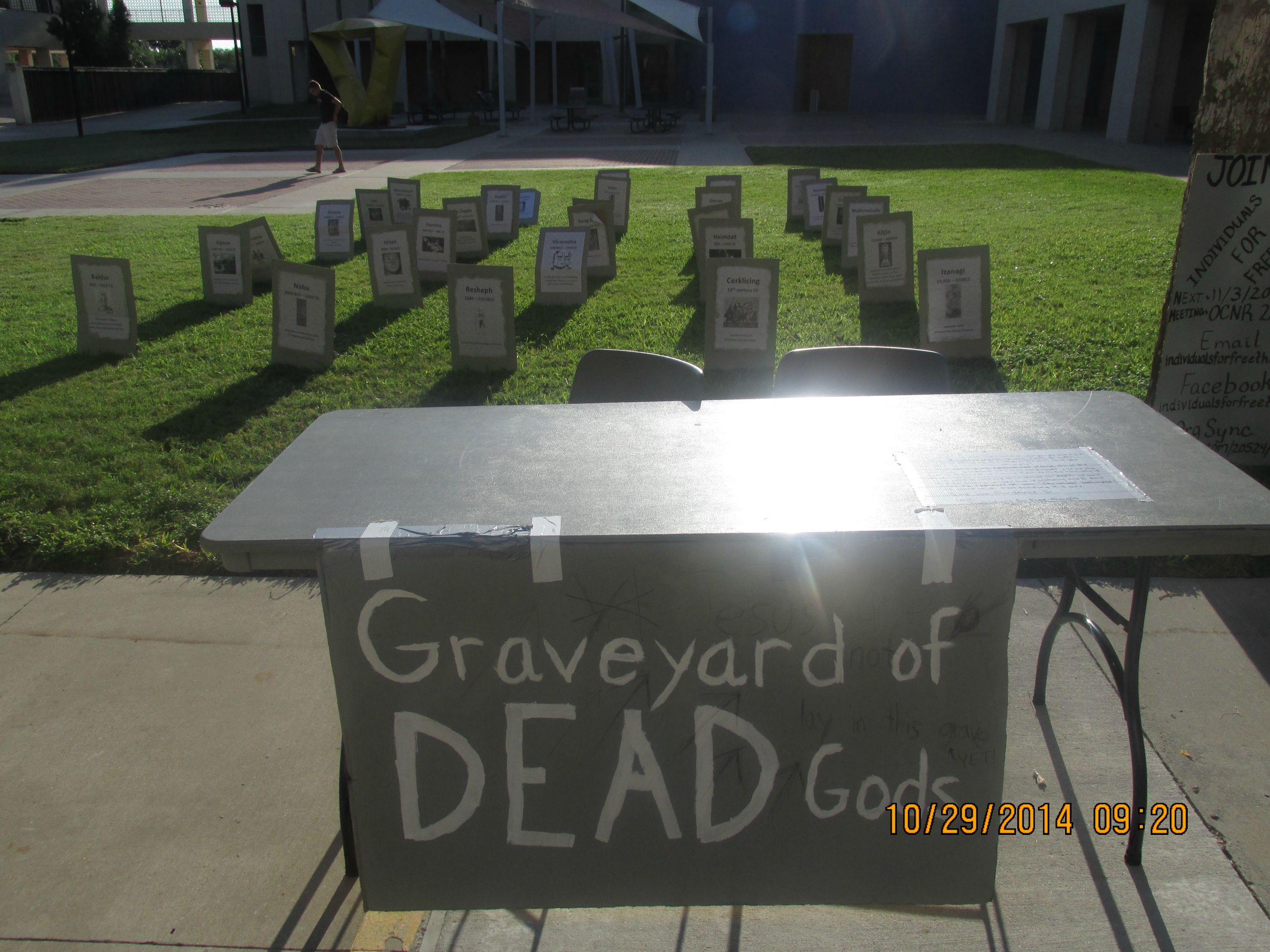 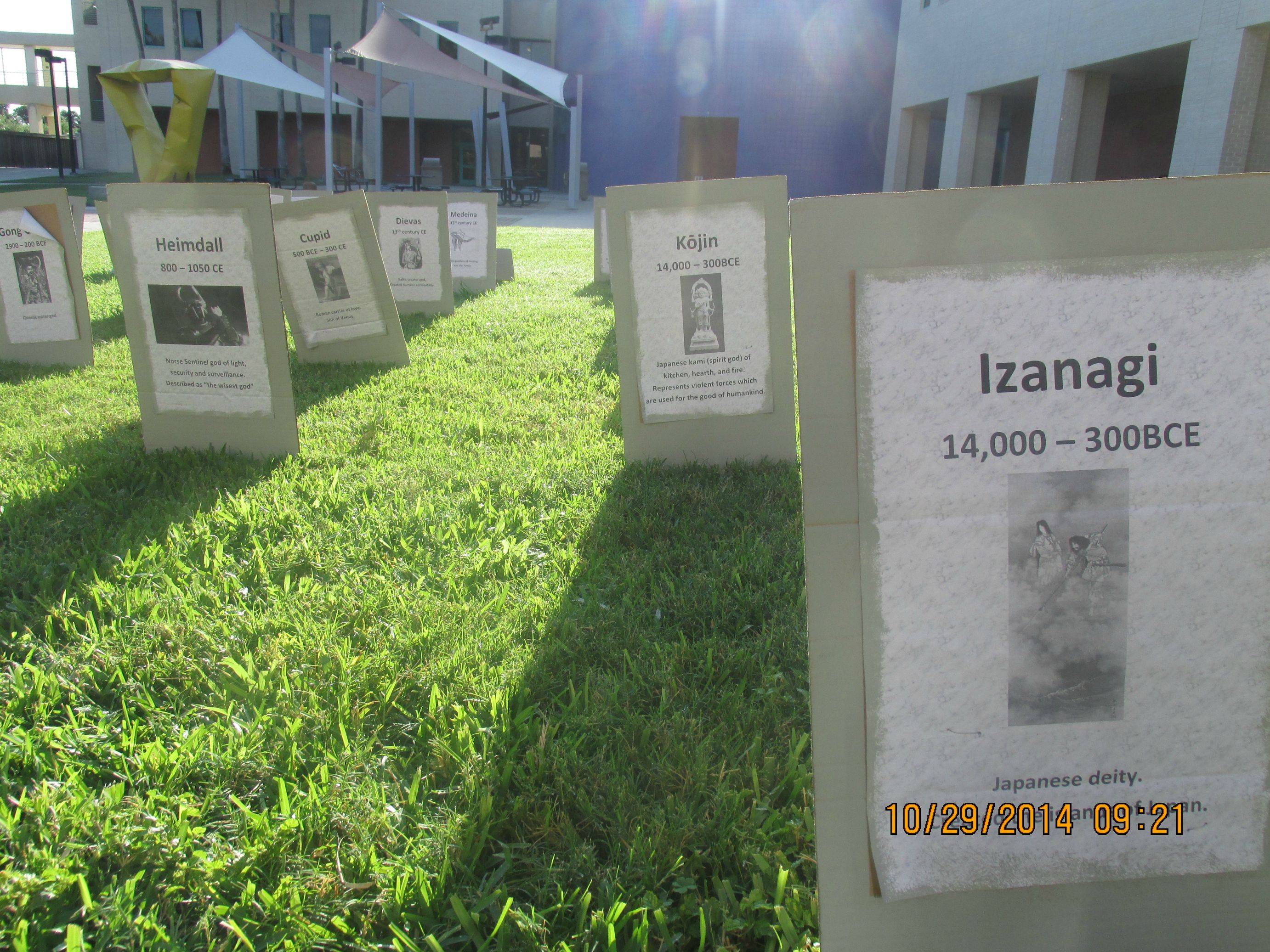 In their case, someone vandalized one of the signs by writing “He Reigns Forever” over the actual wording: 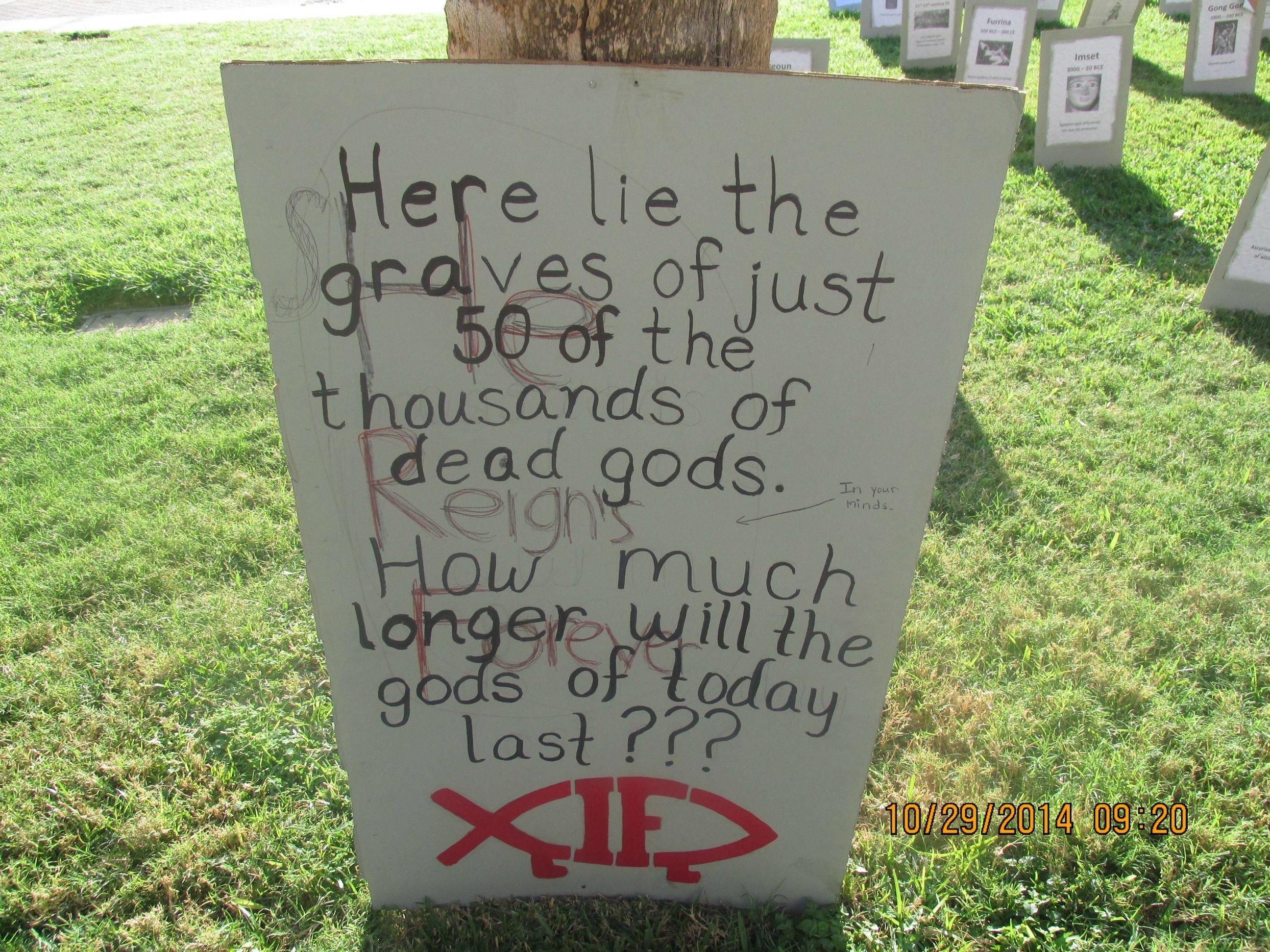 Despite that setback, it looks like it was a pretty successful event. It’s not the only one, either.

The Atheists, Humanists, and Agnostics @ UW Madison, who had a remarkable display last year, had a similar one today:

The Secular Student Alliance at University of Louisville also set up shop:

As did the SSA at the University of Texas at San Antonio:

And the SSA at Dalton State (in Georgia):

And the SSA at the University of West Florida:

The Secular Student Alliance says this is now one of their most successful events nationwide:

… despite the ire that this event draws, Graveyards of the Gods has become one of the biggest events affiliate groups participate in.

If your group is interested in doing something similar, you can check out the informational packets right here.

October 31, 2014
This Arizona News Station Found Only One Pastor Willing to Appear on TV to Speak Out Against Marriage Equality...
Next Post

October 31, 2014 Why Are Oklahoma Elementary School Students Taking Field Trips to a Zoo Run By Creationists?
Browse Our Archives
What Are Your Thoughts?leave a comment