A Wheelchair User Dresses Up As the Pope For Halloween; In Alabama, Cops Would Have Grounds For Arrest October 31, 2014 Terry Firma

A Wheelchair User Dresses Up As the Pope For Halloween; In Alabama, Cops Would Have Grounds For Arrest

This is how Redditor MattONesti is celebrating Halloween today: as the Pope. Improvised add-ons to his wheelchair mean he can roll around in style, in his very own Pope-mobile. Pretty cool! 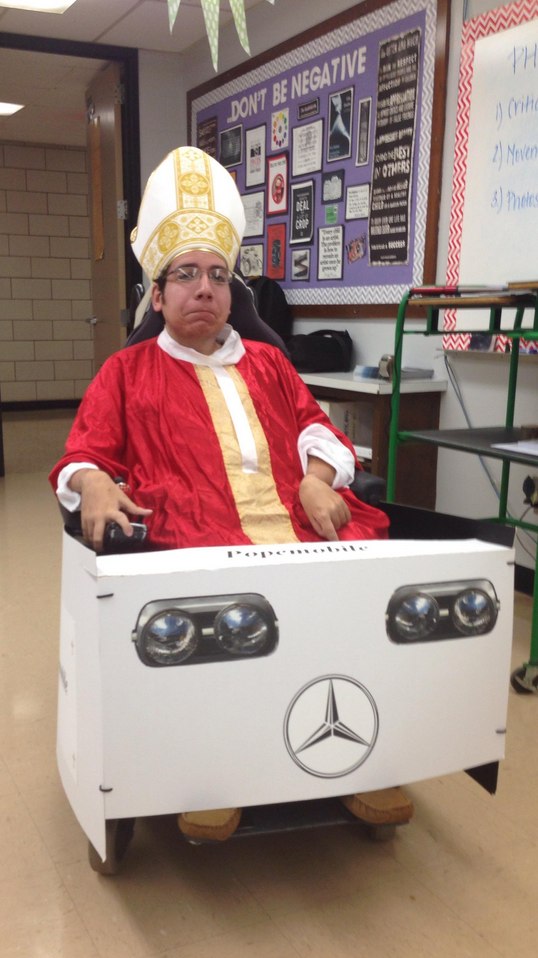 A fellow Reddit user kindly cautioned him that in Alabama,

It is illegal to dress as a member of the clergy for halloween.

Which can’t possibly be true. Or can it?

Fraudulently pretending to be clergyman.

Whoever, being in a public place, fraudulently pretends by garb or outward array to be a minister of any religion, or nun, priest, rabbi or other member of the clergy, is guilty of a misdemeanor and, upon conviction, shall be punished by a fine not exceeding $500.00 or confinement in the county jail for not more than one year, or by both such fine and imprisonment.

Note that the law doesn’t include the all-important phrase “with intent to deceive.” I hope that doesn’t matter; that even in the Christianist heart of Dixie, no law enforcement officer would be crazy enough to go after people who dress up as clergy for Halloween.

But if a cop or a prosecutor wanted to, they could.

I couldn’t find where the Alabama law says that it’s also illegal to dress up as a stripper, scientist, soldier, or firefighter. Evidently, members of the clergy are special.

P.S. The officers had better bring a big paddy wagon, as MattONesti’s classmates decided to put on a sister act: 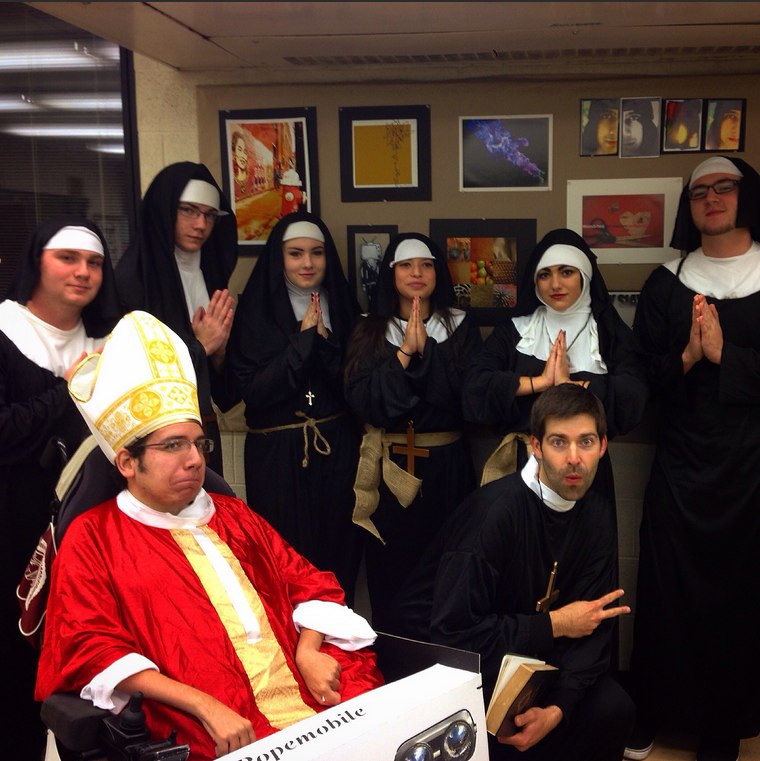 October 31, 2014
Why Are Oklahoma Elementary School Students Taking Field Trips to a Zoo Run By Creationists?
Next Post