Two weeks ago, at West Wilkes High School in North Carolina, many students were taken to an assembly featuring Otis Duhart (below), a self-described Evangelist and former football player at Florida State. 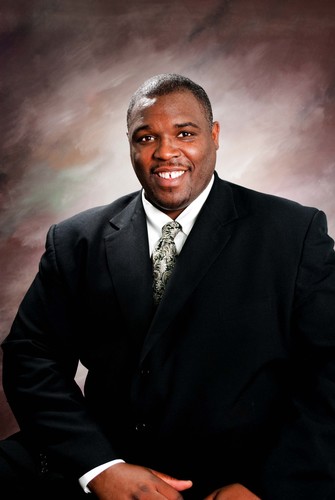 And how do you think that turned out?

Well, American Atheists had to send school officials a letter describing their understanding of the event:

That’s… pretty specific and damning. How could anyone have allowed that to happen?!

This week, the principal of the school, J. Wayne Shepherd, explained his side of the story to American Atheists.

In short, the football coach asked for permission to invite Duhart, who was in the area, to speak to his class about positive decisions and making good choices. The coach claimed that Duhart had plenty of experience speaking to high school groups, knew the legal boundaries of what he could and couldn’t say, and asked if other classes could see him as well. The principal said that would be fine.

On the day of the assembly, the principal was out of the building, but when he returned to school, he found out that there had been a lot of religious content in the speech. It wasn’t something he had expected — and the football coach didn’t let on that he knew anything about it in advance, either.

What about the flyers for the youth rally at church? Duhart was apparently letting students know where else he would be speaking, in case anyone was interested.

After explaining all of that, Shepherd said he would, from now on, “review the restrictions on religious activities,” review the “procedures applicable to the distribution of non-school sponsored literature,” and be more involved with the scheduling of speakers.

There’s no apology, but there is a clear explanation of what happened and what the principal will do in the future to prevent it from happening again. That’s really the best you can hope for. I think you have to take him at his word here and assume that no one, including the football coach, knew that Duhart would waste everyone’s time by talking about his faith.

Though, seriously, a quick Google search of the guy turns up all sorts of religious references… Did Duhart promise not to bring it up or did no one tell him not to, assuming (wrongly) that he’d know better?

How many Christian speakers have to violate the law at public schools before administrators learn their lesson and stop inviting them, regardless of topic, in the first place?

American Atheists says they’ll follow up with Shepherd to make sure he follows through with his plans.