Turns Out the Christian Trolls at the “Freedom From Atheism Foundation” Are Lying About Even More Than We Thought October 29, 2014 Hemant Mehta

***Update*** (10/31): I have to apologize for some of the things I’ve written below. They’re incorrect. Rather than whitewash my mistakes, I’ll leave the original post as is. You can read my explanation of the problems with this piece here. All I can say is that I’ll try to do better next time.

We’ve posted a couple of times about the “Freedom From Atheism Foundation” on this site. It’s a group that rips off FFRF’s name and is basically a couple of Christian trolls.

Philip Rose looked into some of the claims on their website, including calling up the groups that supposedly endorse FFAF, and found that — surprise! — it’s all bullshit. 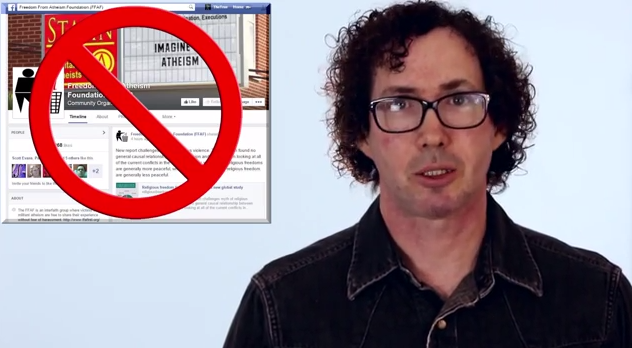 It’s a terrific bit of activism… that I suspect won’t stop FFAF from continuing to peddle nonsense.