Pat Robertson: Brittany Maynard Shouldn’t Kill Herself Because “God Can Heal Anything”

Brittany Maynard (below) is the 29-year-old with brain cancer who has chosen to kill herself in a few days so that she can die with dignity before the disease takes away everything that she believes makes life worth living.

Pat Robertson commented on her story last night — you know you were waiting for his opinion — explaining how she should totally not kill herself because God will heal her… and how her decision is just a symptom of death-loving liberals: 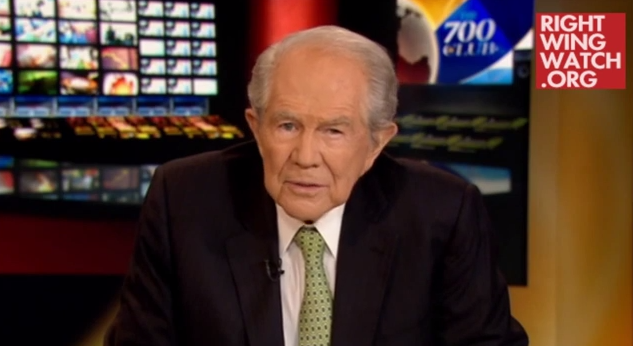 We should fight for life. It is a slippery slope… She has brain cancer, but brain cancer can get healed, God can heal anything.

If God cared so much, maybe he shouldn’t have given her the brain cancer to begin with…? Just a thought.

To repeat, there is no known cure for what Maynard has and the only options to extend her life would “destroy the time” she has left (her words).

Right Wing Watch points out that a woman once claimed Robertson faith-healed her brain tumor, though doctors made clear it wasn’t cancer. No alternative explanations were offered.

October 29, 2014
Mayor of Sioux Falls Says He Will Not Paint Over Religious Snow Plow Messages
Next Post