I don’t know what scariest about this new campaign ad for Zach Dasher, running for Congress from Louisiana’s 5th Congressional District: The fact that it features his relative, Duck Dynasty star Phil Robertson; that it mentions Bibles; that it mentions guns; or that it combines all of that in less than five seconds: 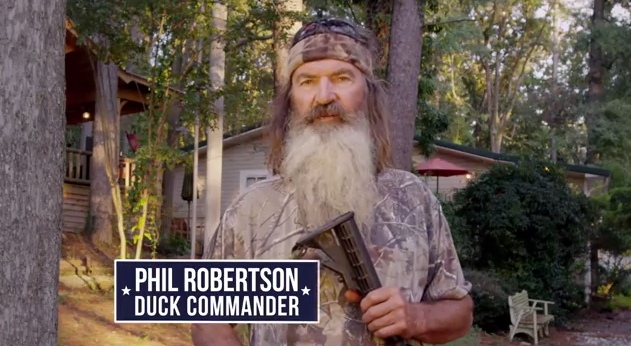 Subtext: If you’re not the right kind of Christian, Zach Dasher doesn’t give a rat’s ass about you.

It’s only a slight step up from when Dasher said the Sandy Hook massacre was the result of atheism.

In case you’re wondering, Dasher doesn’t appear to have much of a chance of winning the race. The incumbent, Rep. Vance McAllister (who is hardly the Christian Values guy he claims to be), has a healthy lead going into next week’s election.

October 29, 2014
Afghan Mullah Mercilessly Raped a 10-Year-Old Girl in His Mosque; Court, in a Surprise, Sentences Him To 20 Years
Next Post