Christian Files Open Records Request for Strippers’ Names and Addresses… So He Can Pray for Them October 27, 2014 Hemant Mehta

David Van Vleet is one of those Christians who thinks he’s doing society a favor by being all sorts of creepy. He recently filed an open records request to obtain the legal names, addresses, birthdates, photos, and other pieces of biographical information from 70 workers at a local Tacoma (Washington) strip club.

And it’s all for Jesus: 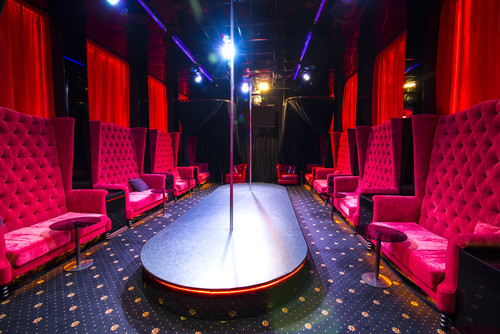 “I would pray for those dancers by name,” David Van Vleet said after the hearing. “I’m a Christian… We have a right to pray for people.”

“I was trying to do something for the public good because that’s why we have the record law,” Van Vleet said.

Thankfully, a judge blocked his request while trying to talk some sense into him:

U.S. District Court Judge Ronald Leighton issued a preliminary injunction prohibiting disclosure of licenses for about 70 dancers and managers at DreamGirls at Fox’s in Parkland.

“I’m not going to harm them,” Van Vleet said.

Leighton countered: “You could leave their files at a coffee shop inadvertently.”

Beyond the legal issues here, I’m trying to understand the logic of Van Vleet’s request.

Does God only help people you pray for if you know their legal names? Because Christians pray for strangers all the time… and I don’t recall prayer requests requiring a copy of someone’s driver’s license.

Can I file a similar open records request to get the names of everyone who goes to the biggest church in Tacoma? And how much they give to it? Or would that be considered none of my damn business?

October 27, 2014
On The Good Wife, an Atheist Running for Political Office Tries to Shy Away from the Label
Next Post