It should go without saying that students need a working knowledge of the world’s major religions to understand the motivations of billions of people and the source of who-knows-how-many conflicts. That’s why the Revere Public Schools in Massachusetts make sure they teach about Christianity and Islam and other faiths.

So why is a parent in the district furious?

Because a history textbook said that Muslims believe there is no God but Allah. Which is true. And that, of course, means his son is being indoctrinated into Islam:

“No religion should be taught at school. In their paper it says Allah is their only God. That’s insulting to me as a Christian who believes in just Jesus only,” said Anthony Giannino.

Giannino immediately pulled his son out of the classroom.

“We don’t believe in Allah. I don’t believe in my son learning about this here,” he said. “If my son was from another country and came here, he would have been catered to. But where he’s not being catered to, they give him an F.” 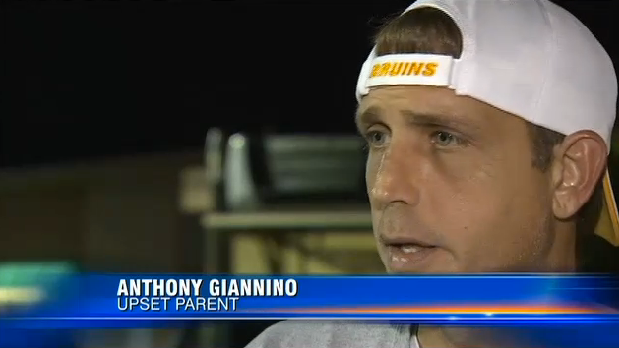 In other words, Giannino wants his son to remain ignorant about the beliefs of more than a billion people worldwide. Because Jesus. You can hear his inner voice now… How dare these schools try to educate my child?!

(Here’s some mind-blowing news for him: Even halfway-decent Christian schools teach students about the beliefs of Islam.)

The superintendent of Revere Public Schools wrote the parents a letter explaining that it is simply part of the history in that section of the curriculum, and stated, “I want to be very clear that no religion is taught with the purpose of converting students to that religion…”

This is obvious, but the district did nothing wrong. This parent is just an idiot. Let’s hope his son fares better in school than he did.

October 26, 2014
This is How Much Damage Anti-Vaxxers Have Caused Around the World
Next Post