UC Berkeley Students: Bill Maher Is a “Bigot and Racist” Who Shouldn’t Give a Commencement Speech October 25, 2014 Hemant Mehta

UC Berkeley Students: Bill Maher Is a “Bigot and Racist” Who Shouldn’t Give a Commencement Speech

It’s the Ayaan Hirsi Ali controversy all over again…

This time, comedian Bill Maher was invited to deliver the commencement address at University of California, Berkeley’s winter graduation ceremony. 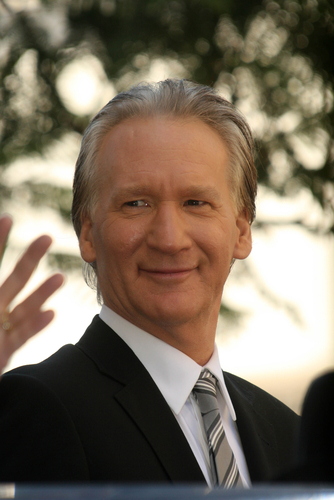 And students have already started a petition to stop him from speaking there:

Bill Maher is a blatant bigot and racist who has no respect for the values UC Berkeley students and administration stand for. In a time where climate is a priority for all on campus, we cannot invite an individual who himself perpetuates a dangerous learning environment. Bill Maher’s public statements on various religions and cultures are offensive and his dangerous rhetoric has found its way into our campus communities. Too many students are marginalized by his remarks and if the University were to bring this individual as a commencement speaker they would not be supporting these historically marginalized communities.

More than 1,000 signers and counting… because Maher’s jokes and commentaries about religion hit them a little too hard. And because they don’t know what “racist” means.

To be clear, just like Hirsi Ali and Sam Harris, Maher criticizes Islam as an ideology and not Muslims as people. He opposes violence in the name of religion and faith as a virtue. He has invited moderate Muslim reformers on his show before because he wants to see them cause change from the inside. But, you know, he dares to suggest that there’s a link between Islam and the terrorists who claim to follow Islam… and these Berkeley students can’t deal with that.

There’s just no way Maher has created a “dangerous learning environment” by pointing out the problems with religion and those who follow it a little too devoutly. (Hell, he’s made fun of atheists, too.) If you see Maher as a threat, it’s only because you can’t defend your beliefs in a public forum.

I would be far more sympathetic if they were protesting Maher because of his opposition to flu shots, not his criticism of religion.

So far, Berkeley officials haven’t said anything about the petition and there’s no indication they plan to rescind the invitation.

I reached out to the Berkeley Atheists and Skeptics Society to see where they, as a group, stand on the issue. Let’s hope they don’t walk down the same irresponsible path as the Yale Atheists, Humanists, and Agnostics who joined religious groups in their opposition to Hirsi Ali.

October 25, 2014
Minnesota County Sued for Denying Atheists the Ability to Officiate a Wedding
Next Post