This Video, Drawing on Pew Research Data, Claims That the “Tiny Minority” of Radical Muslims Is Actually a Majority October 25, 2014 Terry Firma

This Video, Drawing on Pew Research Data, Claims That the “Tiny Minority” of Radical Muslims Is Actually a Majority

Shapiro, who co-founded the conservative media-watchdog group TruthRevolt, put together a video in which he painstakingly tallies (using Pew data) what proportion of Muslims worldwide subscribe to ideas that most people in the West would most likely consider radical — things like favoring Sharia law, expressing support or understanding for al-Qaeda and other terrorists, saying that “honor killings” can be permissible, and so on.

Shapiro comes up with a truly eye-popping number: More than 800 million Muslims are “radicalized,” he says, or more than half of the world total of approximately 1.5 billion. 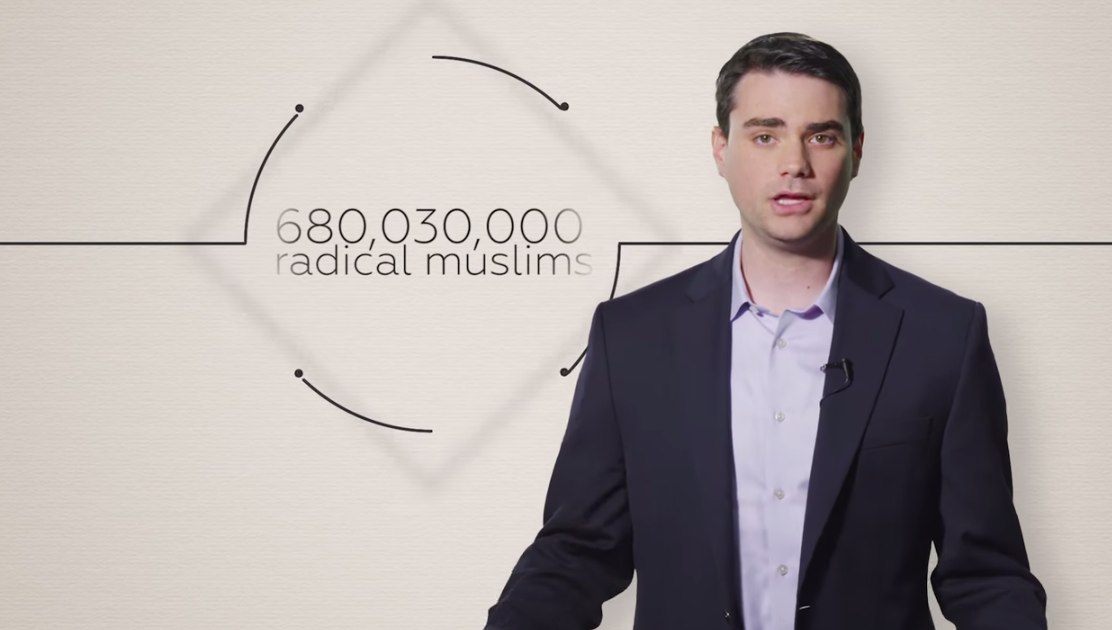 It seems to me that this estimate is way high. For one thing, Pew’s data don’t explain what being in favor of Sharia means in practice. To many Muslims, Sharia doesn’t mean the brutal Saudi-style justice of disfiguring or beheading convicts; it means having an Islamic family court that decides matters of divorce, inheritance, etc.

The same vagueness is present in the numbers on suicide bombings and other terrorist attacks. If I were a Muslim living peacefully in tribal Pakistan, and a drone blew up innocent members of my family in another “collateral damage” horror, damn straight I’d feel justified in trying to strike back. That might make me a terrorist, but it wouldn’t necessarily peg everyone who understands (rather than condones) my motivations as a dangerous radical, much less a would-be member of al-Qaeda.

All that said, Islam has a horrifying 21st-century record of extreme illiberalism, oppression, and violence. We shouldn’t take Shapiro’s (or even Pew’s) numbers at face value, but with all we know, we’d be foolish to cling to the idea that radical or extremist Muslims are merely a “tiny minority.” Even if Shapiro’s tally is inflated by half, or three-quarters, that’s still hundreds of millions of Muslims who really do:

We can quibble over the numbers. But as long as extreme violence by Muslims is as common as rain showers, we may well wonder if the message that Islam is “the religion of peace” is getting through to its followers — much less to anyone else.

October 25, 2014 California School District Apologizes to Student Reprimanded for Sitting During the Pledge
Browse Our Archives
What Are Your Thoughts?leave a comment