NYPD Confirms That Man Who Smashed an Axe Into Police Officer’s Face Is a Convert To Islam October 25, 2014 Terry Firma

On Thursday night, the New York Police Department still described hatchet-wielding attacker Zale Thompson as “just an angry man,” downplaying the possibility that he was a terrorist.

Then the cops looked at his Facebook page and searched his computer, and whaddaya know — the would-be murderer is a fan of Allah, with a fondness for violent jihad.

A man who attacked New York City police officers with an ax had converted to Islam in recent years and the assault appears to have been a lone-wolf terror attack. … One officer who was struck in the head with the ax by Zale Thompson on Thursday is in critical but stable condition, Police Commissioner William Bratton said. A second officer was also injured. Thompson, 32, was shot and killed by two other officers as Thompson charged them with the ax, Bratton said. 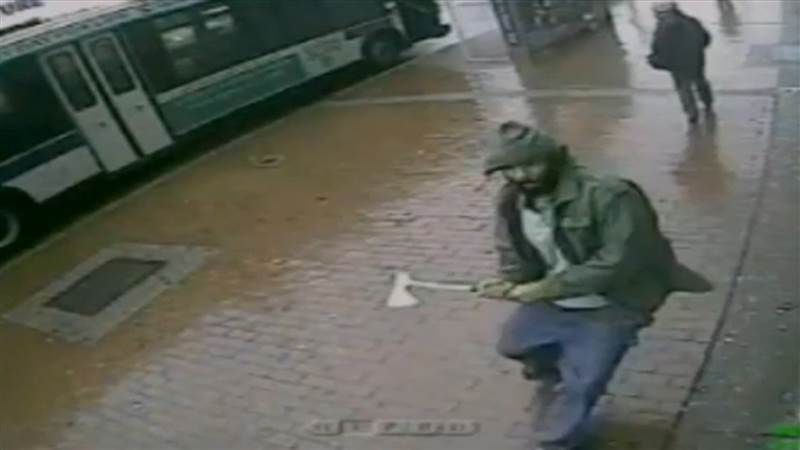 Deputy Commissioner John Miller, who is in charge of counterterrorism for the department, said a review of Thompson’s computer showed that he had visited websites affiliated with radical groups, including al-Qaeda, ISIS and al Shabaab. “It appears from the electronic forensic piece of this, this is something he has been thinking about and thinking about with more intensity in recent days,” Miller said.

We send our best wishes to injured officer Ken Healy and his family.