Penn State Atheists Get “Stoned” with Water Balloons as a Fundraiser

Good news: The Penn State Atheist and Agnostic Association held a “Stone an Atheist” event in order to raise money to bring speakers to campus. If you’re unfamiliar with it, that’s where students can purchase water balloons to throw at group members a la Leviticus 24:14. 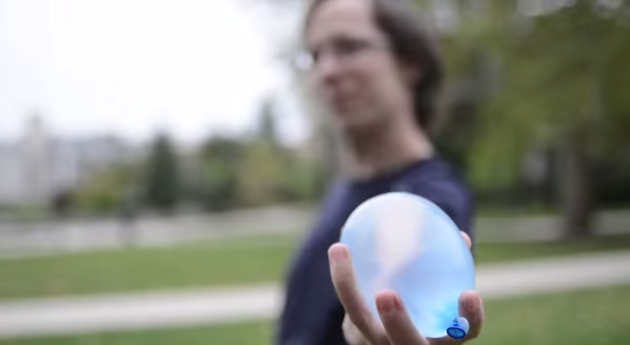 As part of the Stone an Atheist fundraiser, participants “stoned” group members with water balloons for $0.75 to $1… Furthermore, the group just wanted to let people know it exists.

“More often than not, people just come up and talk to us and never buy balloons,” said President Max Hummel.

There’s a more serious aspect to the fundraiser, too. The group wanted to give attention to the fact that in many countries, stoning atheists is still an accepted punishment for the belief.

I hope that message got through to the people throwing the water balloons, anyway. While some commenters online are complaining about how this is disrespectful to Christianity (or religion altogether) or making light of a very serious tragedy, I don’t see it that way. All they’re doing is cleverly drawing attention to a Bible verse that often goes ignored. If they can open some eyes and minds in the process, more power to them.