Last we heard, district officials had finally taken some action by shutting down the China Elementary Facebook page. Which didn’t solve the underlying problems, but it was something, right?

Well, that page is back up and running and the violations in the district still haven’t stopped.

At a recent football game, both teams’ coaches joined the players in prayer:

It goes without saying at this point that that’s illegal.

And the elementary school is holding a book fair for the kids this week. Which sounds wonderful… until you realize that this is one of the display tables: 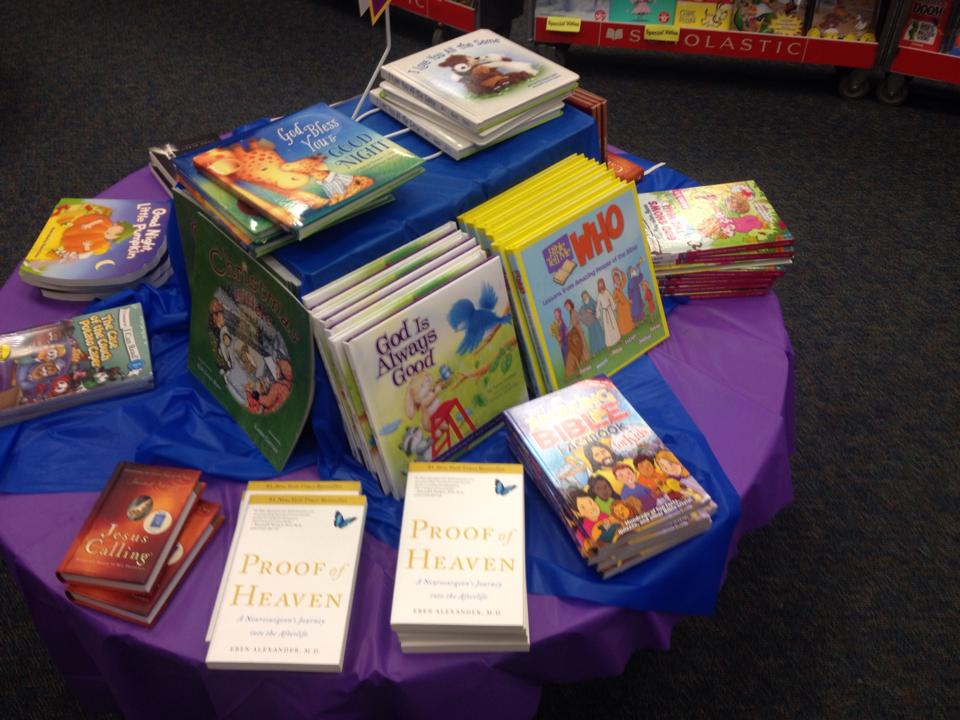 That picture is courtesy of a parent in the district who attended the fair.

(And considering Dr. Eben Alexander‘s debunked book is barely suitable for adults, I have no idea why anyone thinks it’s appropriate for children.)

I’ll ask again: How many violations does a district need to commit before they’re hit with a lawsuit?

October 22, 2014
Why Didn't Jesus Lift a Finger To Stop His Deadbeat Oklahoma Wife From Going To Jail?
Next Post