Sister Cristina Scuccia, a nun who won Season Two of the Italian version of The Voice this past June, just released the first video for her upcoming album… and it’s a cover of Madonna‘s “Like a Virgin.” 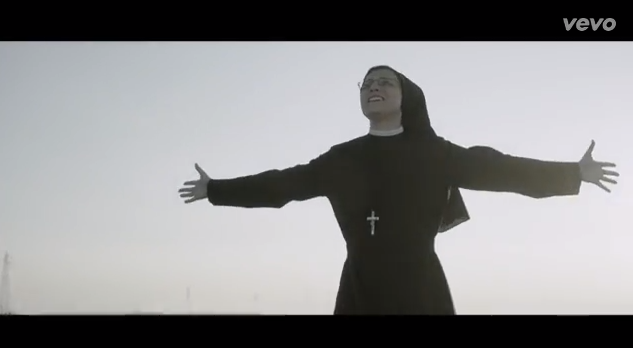 If you think it’s a bit odd listening to a nun sing about her first sexual experience… well, you’re not alone. But Scuccia countered those criticisms by telling a newspaper:

“It’s a song about the ability of love to make people new. To redeem them from their past. And that’s how I wanted to interpret it.”

I guess we can all rejoice in the fact that this is a story about Catholicism and sex in which there are no victims. Hallelujah!