The City Wire‘s Ryan Saylor writes about the Secular Student Alliance group at Van Buren High School in Arkansas — the first of its kind in the state: 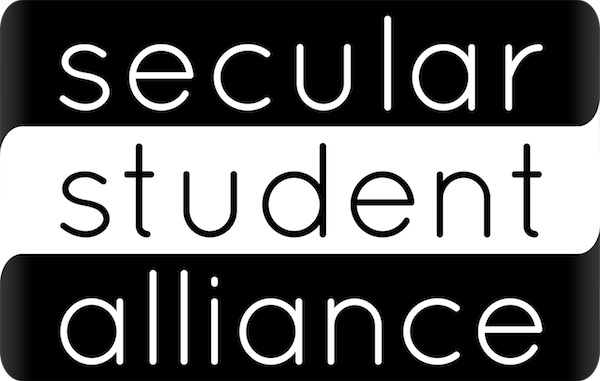 Sophomore Kieran Horne said the meetings would not focus on conversion of students or attempts at reinforcing belief systems, but instead would create a dialogue on a variety of topics.

The road for the three students to get the group up and running has not been entirely smooth, even though the three said turnout for the first meeting was beyond their expectations.

Horne said, “As expected, there was a lot of hostility. … It’s looked at as the atheist club, the anti-God sort of satanist group. But if they would actually read the posters that they tore down, they would see that isn’t the case.”

An individual close to the group who asked to not be named due to the controversy surrounding the organization said each of the posters the students posted on two different occasions were torn down prior to the first meeting this month.

I wish I could tell you this is an anomaly or just limited to Arkansas, but this reaction is fairly commonplace. Students seem to think that ripping down the promotional posters will make the club go away. It won’t. Even though the atheists are doing everything by the book and the administrators aren’t obstacles in their path, it’s the other students who try to intimidate those running the group.

It’s good to see the students here weren’t deterred. And it’s not surprising that had such great turnout for their first meetings. This is the sort of group that’s perfect for a high school, especially in the South, where many students may be exploring their religious beliefs for the first time and are eager for these sorts of discussions. They want to experience the kind of challenging conversations about faith that they rarely see in church, where everyone is simply expected to fall in line.

I hope the atheist leaders will maintain their calm no matter what religious students do or say. If they can, I’m certain the group will continue to thrive.

By the way, this is the same school where the principal once asked 20 employees to “become prayer warriors” with her, because “Satan is angry” and “We are under attack.”