God’s Not Dead 2 Will Be Out Next Year, Says Studio Head

The movie that featured a comical caricature of an atheist college professor will soon be resurrected: 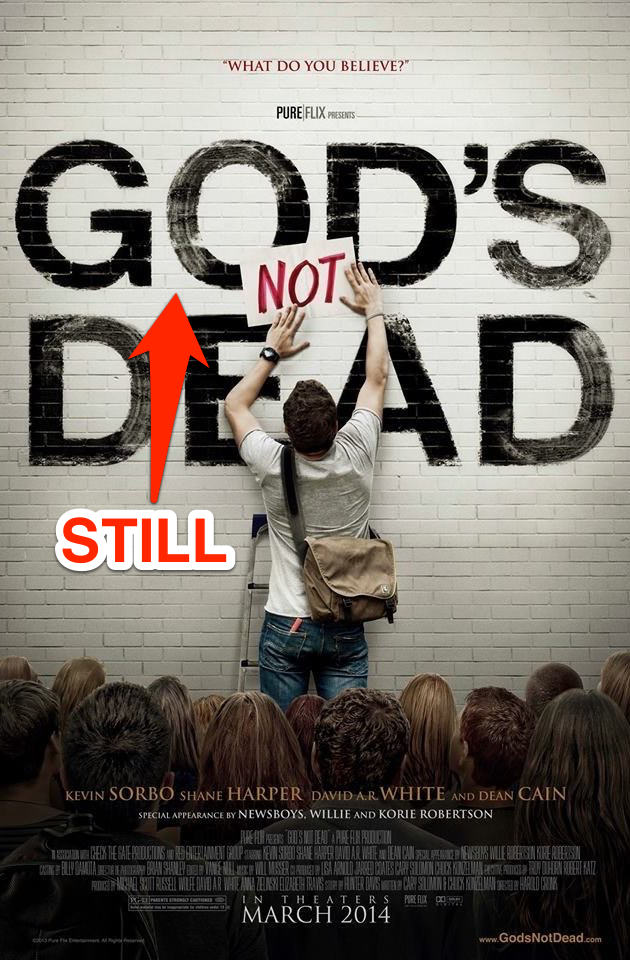 Pure Flix CEO and managing partner Michael Scott said his studio has a number of projects in the works for next year including “God’s Not Dead 2.”

Scott said the experience taught him that there is a large untapped audience that is eager for faith and family-friendly entertainment.

It is unclear how Pure Flix plans to continue the first film’s plot. The movie portrayed a college student who accepts his atheist professor’s challenge to provide a defense for the existence of God and Christianity.

But you have to wonder how bad a sequel will be. It’s not like the first was substantively good to begin with… Are they going to make Kevin Sorbo lose his faith again, only to reclaim it courtesy of a new student? Will the student from the first film go to grad school to work his magic there?

So let’s have a contest! In the comment section, leave your idea for what the plot of God’s Not Dead 2 will look like. I’ll pick a winner at random in a few days and you’ll receive a free shirt from Hypatia, Ltd., a new company started by an ex-Muslim. 10% of all sales from now through the end of the year will go to the Malala Fund.