Baton Rouge police officers made a curious discovery Thursday morning. It started with a routine stop of a commercial bus for a traffic violation. A K-9 unit was called in, because, officers told WAFB News, it is common to find contraband smuggled in this type of vehicle.

So what did officers discover?

… [A] suitcase that contained 48 candles of methamphetamine mixed in wax, disguised as candles. Those candles weighed 72 pounds. They also found four larger candles, weighing 41 pounds, containing meth in the wax. 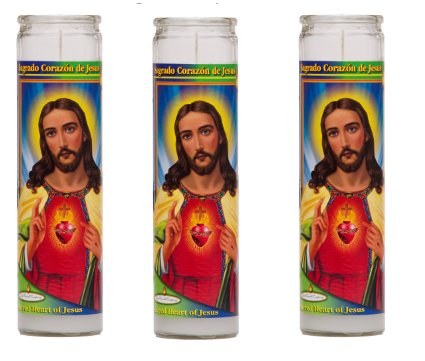 Apparently, the smuggler — Texan Jose Antonio Rodriguez-Lara — thought that lugging around a hundred-plus pounds of Jesus candles would go unnoticed. And I’m not even kidding — because this purportedly pious pusher was so confident his plan would work that he left a photograph of himself in one of the bags.

Rodriguez-Lara was arrested and admitted that the candles were his. He now faces charges for “distribution and manufacturing of schedule II drugs.”

Because the answer to “What Would Jesus Do?” is obviously not “meth.”

October 18, 2014
Judge Suggests Doctors Shouldn't Impose Their Views on Child Who May Soon Become a Victim of Faith-Based Treatment
Next Post

October 18, 2014 The Pagans Are Coming...
Browse Our Archives
What Are Your Thoughts?leave a comment