Last week, Cardinal Raymond Burke responded to a question about the well-being of children, posed by the Christian website LifeSiteNews. You might think that the topic had something to do with the astonishing number of Burke’s brethren who like to illegally probe boys’ bottoms, but no. This was the concern:

How should Catholic parents deal with a difficult situation like this: When planning a Christmas family gathering with grandchildren present, parents are asked by their son, who is in a homosexual relationship, if he can come and bring with him his homosexual partner.

And this was Burke’s answer:

If it were another kind of relationship — something that was profoundly disordered and harmful — we wouldn’t expose our children to that relationship, to the direct experience of it. And neither should we do it in the context of a family member who not only suffers from same-sex attraction, but who has chosen to live out that attraction, to act upon it, committing acts which are always and everywhere wrong, evil.

The outspoken cardinal (below) has a history of homophobic remarks, and there’s no reason to think that that will change. What will change is his job title.

In one of the more explosive shakeups in recent history of the Catholic Church, the second-most powerful man in the Vatican has been ousted. 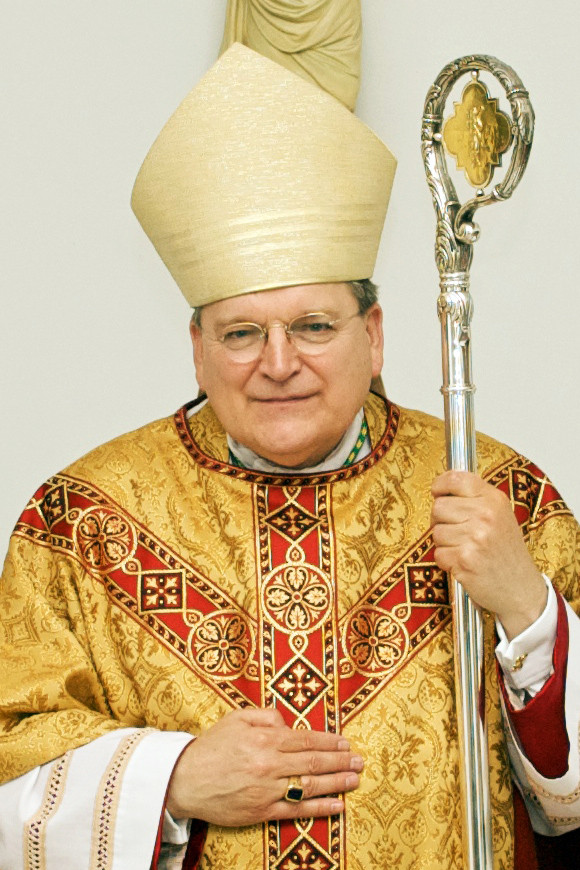 American Cardinal Raymond Burke, a darling of conservative Catholics who is virulently anti-gay, has confirmed to BuzzFeed what rumors from Rome have said for weeks. He will be demoted by Pope Francis from the head of the Roman Catholic Church’s version of the Supreme Court to a figurehead role as the Patron of the Knights of Malta, a chivalrous order known for its work among the sick.

This is not the first demotion for Burke, who was dropped by Francis almost a year ago from an important Vatican bureau that selects bishops around the world. Burke was replaced on The Congregation for Bishops by Cardinal Donald Wuerl of Washington, D.C., who, while also conservative, does not use the inflammatory rhetoric that has made Burke a darling of the far-right in the Catholic Church. …

These moves are thought by Vatican watchers to be signs that Francis wants to tone down the attacks on communities that are marginalized by the Catholic Church, including LGBT parishioners and divorced and pro-choice Catholics.

According to Buzzfeed, Burke, who’s openly clashed with his earthly boss multiple times, believes that

“The pope is not free to change the church’s teachings with regard to the immorality of homosexual acts or the insolubility of marriage or any other doctrine of the faith.”

He and Francis might actually be in agreement on that count, but under this pope, tone matters.

While Francis has shown no sign he supports overhauling the church’s teachings that homosexuality is sinful, he [displays] a desire to downplay conflicts over sexuality in order to broaden the church’s message.

We’re most likely still decades away from the Catholic Church officially softening or repudiating its bigoted views on same-sex relationships. The baby steps taken by Francis are both encouraging for the fact that he’s taking them at all, and troubling for their slow, plodding nature. But it’s fair to say that the Holy See has at least delicately nudged the issue forward in ways that almost no one foresaw when Jorge Bergoglio took the Vatican’s reins, 18 short months ago. That’s not the prize we want, but it’s progress nonetheless.