Christian Movies Are Backfiring on Their Own Terms October 17, 2014 Hemant Mehta

In the past year, we’ve seen the released of two high-profile Christian movies: God’s Not Dead and Left Behind. It’s easy to make the argument that both movies fail at their core mission — to convert heathens into believers — because they’re just plain awful. Left Behind has a 2% positive rating on Rotten Tomatoes while God’s Not Dead is at 17%. (By way of comparison, Gone Girl is at 87%.) 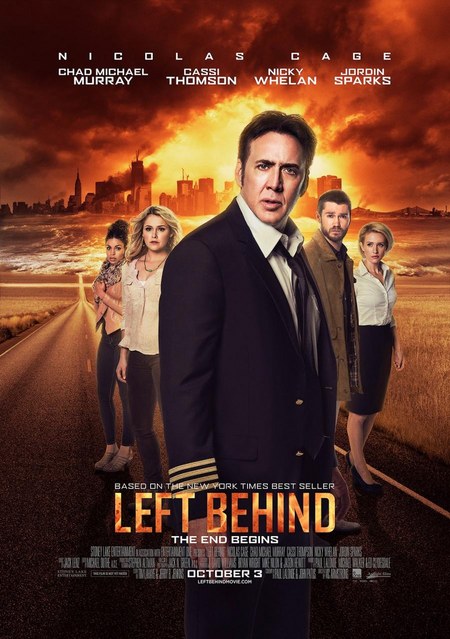 But there’s a more compelling reason the filmmakers’ missions are backfiring on them, says Edwin Lyngar at Salon:

Liberals are comically stereotyped as vegetarians or “god-hating” college professors. Serious journalism is suspect, and secular people are all outlandish cardboard cutouts, less human than disembodied twirling mustaches of absolute evil. When religionists reduce critics to banal caricature in order to defeat them on film, it betrays a lack of confidence in their own arguments.

The people who create and consume Christian film are neither mature nor reflective. They are at their core superstitious, afraid and tribal. They self-identify overwhelmingly Republican and shout about “moochers” while vilifying the poor. They violate the teachings and very essence of their own “savior” while deriving almost sexual pleasure from the fictional suffering of atheists, Muslims, Buddhists, Wiccans, Hindus, and even liberal Christians. To top it all off, the stories they tell themselves are borderline psychotic.

At their core, these movies make Christians all good and everyone else all bad, and that’s very hard to believe in a country where Christians have damn near all the power no matter how you slice it.

I’ll admit it’s entirely possible to make a compelling “Christian movie,” with a message that you’re better off having faith, but it would require a sense of honesty that these filmmakers tend to avoid. The movie would need nuance that risks alienating church audiences, with non-Christian characters becoming heroes and well-intentioned Christians turning out to be villains.

A great movie is never as simple as these types of two-dimensional films. They make you think. They teach you something new. They make you reconsider your firmly-held beliefs, not cling to them even more tightly.

These movies aren’t panned because they have a religious message, but because they fail to tell interesting, complex stories.

God’s Not Dead makes for an interesting discussion just by itself. The reviews were terrible, the characters were stereotypical if not outright offensive, I’m almost positive it hasn’t changed any minds, but it raked in as astonishing $60,000,000. Financially, it’s a phenomenon, but it’s the sort of movie atheists are watching for no other reason than to make fun of it.

So would Christians call it a success?

October 17, 2014
CJ Werleman Responds to Accusations of Plagiarism
Next Post