Nigeria has long been known as the home country of countless Internet scammers, but Reuters reminds us that some of the country’s megachurch pastors have devised their own get-rich-quick schemes modeled after shining U.S. examples like Benny Hinn, Paul Crouch, and Jim Bakker.

Some of the churches can hold more than 200,000 worshippers and, with their attendant business empires, they constitute a significant section of the economy, employing tens of thousands of people and raking in tourist dollars, as well as exporting Christianity globally. …

[TB] Joshua draws miracle-seekers from all over the world with claims that the holy water he has blessed cures otherwise incurable ailments such as HIV/AIDS.

“We see giving as the only way to be blessed. Blessing other people is a way of keeping the blessings flowing,” said [David] Oyedepo (pictured), whose blessings include a Gulfstream V jet and several BMWs. 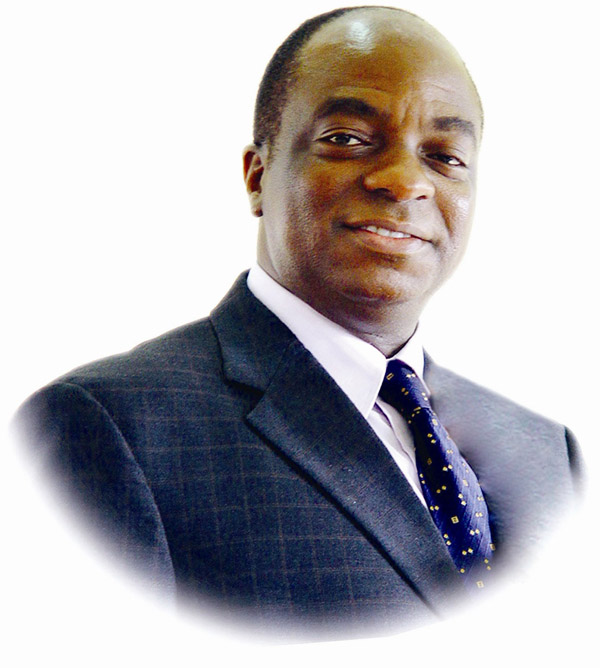 The untaxed prosperity and typical lack of accountability are ruffling some feathers.

“They don’t submit accounts to anybody,” says Bismarck Rewane, economist and CEO of Lagos consultancy Financial Derivatives. “At least six church leaders have private jets, so they have money. How much? No one really knows.” … As the churches have charity status, they have no obligation to open their books, and certainly don’t have to fill in tax returns — an exemption that is increasingly controversial in Nigeria, where poverty remains pervasive despite the oil riches.

In a country where the average worker pulls in about ten dollars a day, Nigeria’s megachurch pastors are financially fortunate indeed.

In 2011, Forbes magazine estimated the fortunes of Nigeria’s five richest pastors. Oyedepo topped the list, with an estimated net worth of $150 million. He was followed by “Pastor Chris” Oyakhilome of Believers’ LoveWorld Incorporated, also known as the Christ Embassy and popular with executives and politicians, [who has] $30 million to $50 million.

A former banker at Nigeria’s United Bank for Africa, who declined to be named, recalled being approached five years ago by a church that was bringing in $5 million a week [$260 million a year] from contributions at home or abroad. “They wanted to make some pretty big investments: real estate, shares,” he said. “They wanted to issue a bond to borrow, and then use the weekly flows to pay the coupon.” In the end, he said, the bank turned down the proposal on ethical grounds.

Nothing about this obscene wealth-generating machine will change anytime soon.

A national conference to debate Nigeria’s constitution this year proposed that the megachurches should be taxed. But with an election coming up in February, it is debatable whether President Goodluck Jonathan, who is close to several megapastors, would risk upsetting these influential men and their hefty congregations with a fat tax bill.

Neighboring Cameroon, at least, isn’t quite so reluctant. As I wrote a half a year ago, Cameroon’s government has been closing prosperity-gospel churches that “rip off vulnerable people” and are therefore deemed “harmful to society.”

(Thanks to Scott M. for the link)

October 16, 2014
Houston Subpoenas of Anti-Gay Pastors Went Too Far, but There May Still Be Reason to Investigate Their Churches
Next Post