The Supreme Court just heard oral arguments in a case, Holt v. Hobbs, that’s all about a Muslim inmate from Arkansas, Gregory H. Holt, who wants to grow a half-inch beard in accordance with his beliefs.

The problem is that Arkansas happen to be one of the only states that forbids beards of any length for security reasons. Hence, the legal battle. (For the record, more than 40 states allow prisoners to have half-inch beards and most allow even longer ones.) 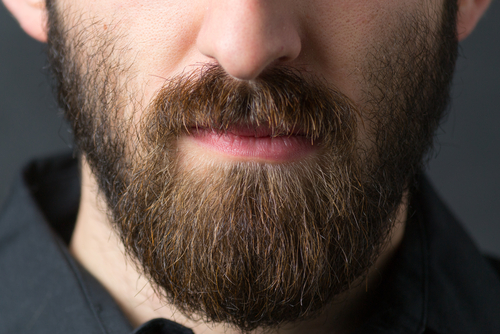 During oral arguments last week, Justice Antonin Scalia asked a fair question about how serious this religious commandment really was. After all, if Holt’s beliefs required him to have a full beard (which they do), then wouldn’t permitting him to have a half-inch beard still violate his faith?

Holt’s lawyer explained that, while a half-inch beard wasn’t ideal, it was still better than nothing. It was a reasonable compromise.

To which Scalia responded with the greatest line ever:

Of course, what he really meant to say was that religious beliefs aren’t negotiable. If God says you have to do something, then you have to do it, right? You can’t half-ass it and expect God to be okay with it.

(Actually, Scalia’s analogy was a polygamous religion that mandated a man have three wives, but someone tried to get away with having two. Because that’s totally the same thing.)

The lawyer, Douglas Laycock, responded that a half-inch beard was indeed fine, even on religious grounds.

October 16, 2014 Houston Subpoenas of Anti-Gay Pastors Went Too Far, but There May Still Be Reason to Investigate Their Churches
Browse Our Archives
What Are Your Thoughts?leave a comment