Two Republican Congressional Candidates Agreed to Meet with Our Atheist Group, but One Was Invisible and Inaudible October 14, 2014 Richard Wade

Two Republican Congressional Candidates Agreed to Meet with Our Atheist Group, but One Was Invisible and Inaudible

As an unfortunate result of California’s Proposition 14, the so-called “top-two primary law,” California Congressional District 25, where I live, can only choose this November between two Republican candidates for our new U.S. Congressperson. No other parties are on the final ballot. They are former State Senator Tony Strickland and current State Senator Steve Knight. This is what they look like: 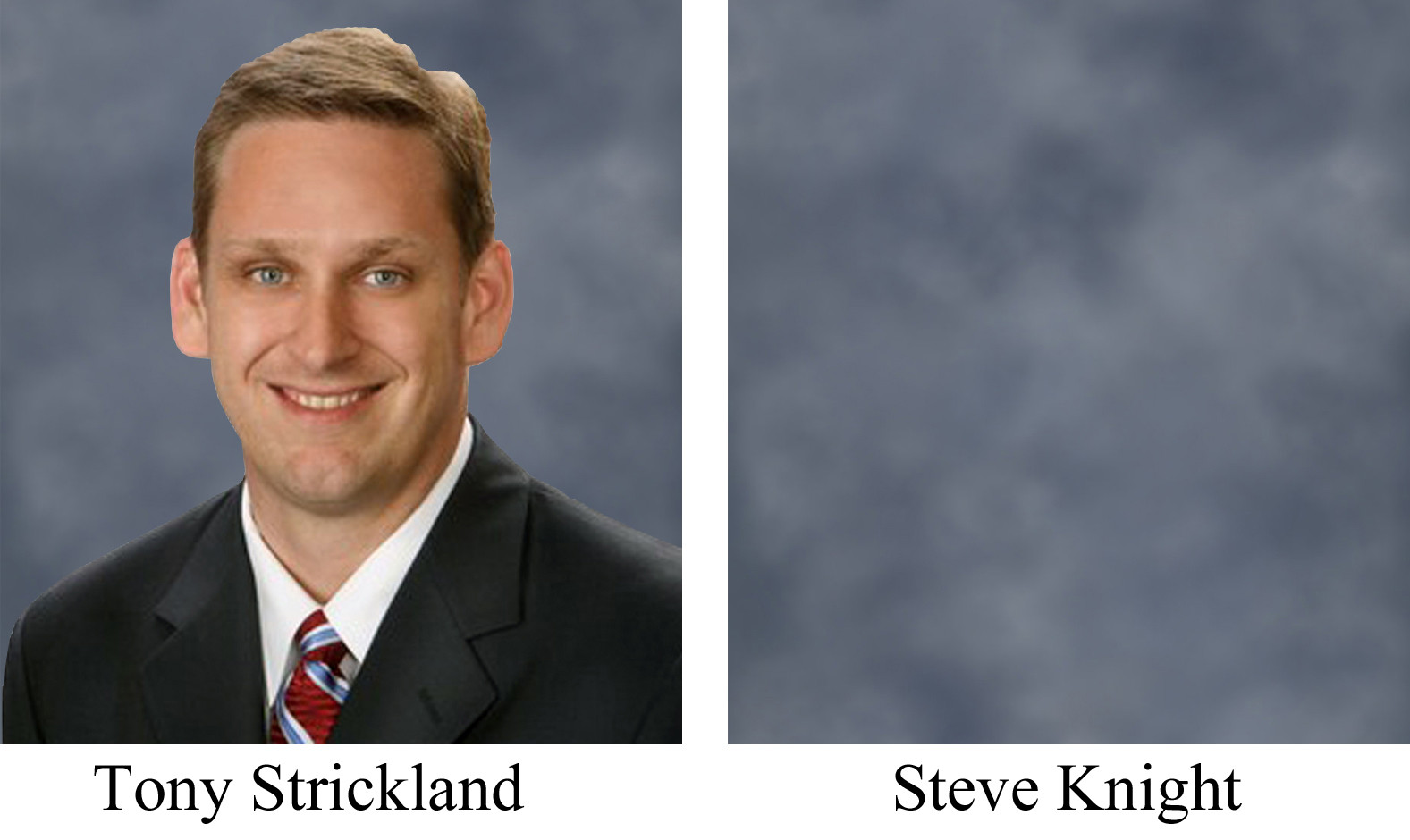 Our district used to be more Republican-leaning, but it has recently become slightly more Democratic. This means that neither candidate can win unless they court both Republican and Democratic voters.

Rick Wiggins, a member of my local atheist group, the Santa Clarita Atheists and Freethinkers, somewhat whimsically invited both candidates to come to speak to us separately at two of our monthly meetings.

To our astonishment, they both accepted!

Tony Strickland met with us on August 9 at a restaurant where we usually hold our meetings. He was friendly and gracious and we thanked him for the personal and political courage it took to meet with a group of atheists. He gave us a brief self-introduction and we asked him several questions. In general, his views are typical of a mainstream Republican, although he characterizes himself as one who “reaches across the aisle.”

Responding to our questions, he said he would favor having atheist/Humanist chaplains in the military, and he repudiated the anti-science attitude of Congressman Paul “lies from the pit of Hell” Broun, who is still on the House Committee on Science, Space, and Technology (*head slams on desk*).

He gave the standard Republican position on climate change, saying that “scientists still disagree” if it is caused by burning fossil fuels. We pressed upon him that a “scientist” is not the Professor on Gilligan’s Island, the guy who knew everything except how to build a boat. The only scientific opinions that are relevant to climate change are those of climatologists, and their consensus is almost unanimous.

There were a few more questions and we told him a bit about ourselves. I think we were able to impress upon him a few things about atheists:

Although it might have been a challenging meeting for Mr. Strickland, I think overall it was a positive experience.

Steve Knight said that he would join us at our next monthly meeting on September 13, but with two days to go, he canceled because of a scheduling conflict. He promised at that time to be there at the following meeting, on October 11. Despite our attempts to confirm this shortly before the meeting, we received no further word.

So 16 of us convened for our meeting, enjoyed socializing and sharing a meal, had some interesting discussions, and waited for Mr. Knight to arrive.

And he finally did arrive, but he was invisible and inaudible.

Here we are listening to him at the head of the table:

After our meeting with Mr. Strickland, we thought of many more questions we wanted to ask Senator Knight. Here are some of the questions we asked him, and after each are his responses, verbatim:

Since there are only two people to vote for and they are both Republicans, why should I give you my vote?

Given your support of selling paraphernalia bearing the Confederate flag in California government buildings, can you speak to Lancaster Mayor Parris’ assertion that you recently opposed the display of rainbow flags at the Antelope Valley Fair because people might think they are the “gay flag” and be offended?

It does not look like your extreme anti-abortion stance reflects general public opinion in this district. As our Congressman, on this issue would you represent the views of the majority of your constituents, or the views of your religion?

What is your position on the Indiana State Police Trooper who asked a woman he had pulled over for a traffic issue what church she belongs to and if she has accepted Jesus Christ as her savior? Would your opinion be any different if the trooper had been promoting Muslim beliefs?

In light of the Supreme Court’s Hobby Lobby decision, do you believe that corporations are persons who can have religious beliefs, and can impose those beliefs into policy regarding their employees? What if the heads of the corporation are atheists?

Do you think that women should receive the same pay for the same work?

Would you hire a very well qualified person to be on your staff if you knew that he or she is an atheist?

If legislation came before you regarding such things as climate change, California’s crippling drought, stem cells, women’s reproductive rights, or marriage and adoptive rights for same-sex couples, would you turn to your religious beliefs or to science to guide your vote? If those two things were directly opposed, which would you choose?

His answers all basically sounded the same, so we weren’t very impressed. He didn’t even say goodbye, and I don’t remember seeing him smile. We haven’t heard from him since.

Many in our group are not happy with either choice between these two candidates, but several of us have suggested that we should publicly endorse Senator Knight, since an endorsement from atheists would probably be the kiss of death.