The Newton County Board of Commissioners in Georgia just approved a display of nine “historically significant documents” to be placed in the local courthouse.

And, as alert readers know by now, that’s really just a code for Let’s get the Ten Commandments up in city buildings… and we’ll just surround it with other shit so no one can sue us.

In fact, the Ten Commandments display, along with another about the phrase “In God We Trust,” are really the only two that have no historical significance at all. It’s not like our laws derive from them. Hell, only two of the Commandments are legally forbidden — and it’s not like that’s the case because they were written in the Bible. 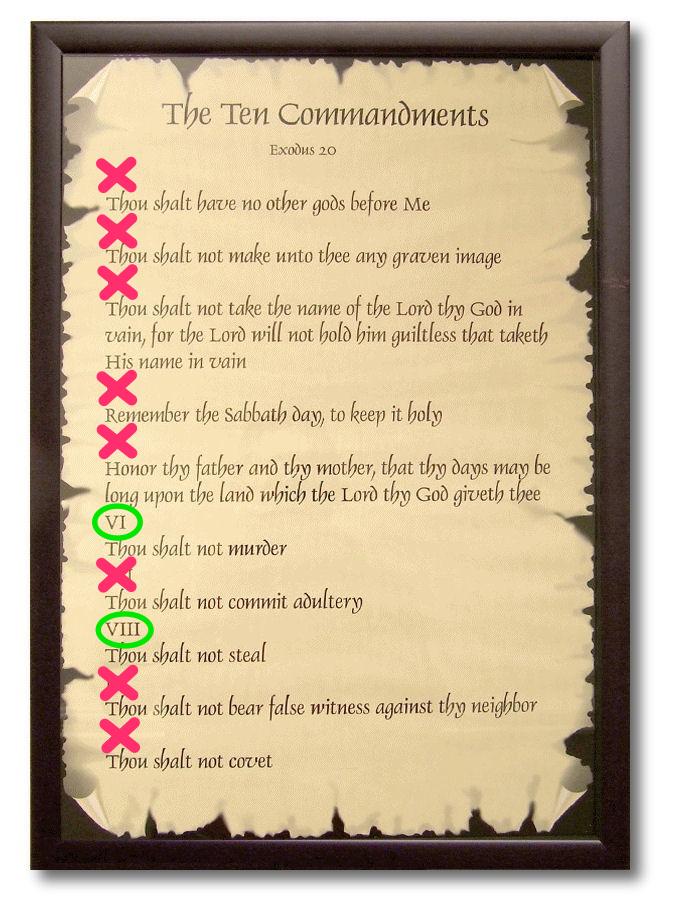 “There is no cost to Newton County,” he said. “They will also pay for the cost of installation, if that is necessary.”

The group sponsoring these displays, by the way, is called “Ten Commandments Georgia“…. in case there was any doubt about the true intentions here.

The group exists to:

… acknowledge God through knowing, obeying, and displaying the Ten Commandments thereby, restoring a common moral code based upon God’s laws and the founding philosophy of our country.

And their ultimate goal?

Our all encompassing goal is to see in our day a restoration of a common moral code based upon God’s laws, The Ten Commandments. A restoration that will make our families happier, our neighborhood safer, and our government more just.

They want a theocracy. And since they can’t legally do that, they’ll pretend that their religious commandments are somehow part of American legal history through these displays. Because keeping the Sabbath Day holy holds the same weight as the Magna Carta and the Declaration of Independence.

October 14, 2014
Meet Physicist Stronzo Bestiale, an Asshole If There (N)ever Was One
Next Post