There’s a fundamentalist Christian judge on the Alabama Supreme Court who has every intention of being a judicial activist. He believes the Bible matters more than the Constitution when it comes to law.

Nope. There’s another guy just like him, though, and journalist Nina Martin writes about how Judge Tom Parker may be the “biggest threat to abortion rights in a generation”: 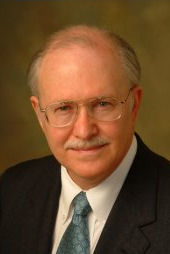 … Parker has been the most creative in his relentless campaign to undermine legal abortion. Again and again, he has taken cases that do not directly concern reproductive rights, or even reproductive issues, and found ways to use them to argue for full legal status for the unborn.

The way he does this is by arguing that our Constitution and laws have already established how a fetus has the same rights as a person:

… Parker lays out his evidence: laws that give inheritance rights to unborn children, laws that ban pregnant inmates from being executed, laws that give fetuses legal guardians for the purposes of protecting their interests, laws that allow parents to sue for damages if fetuses are injured or killed as the result of negligence or some other wrongful act. Several pages of the concurrence consist almost entirely of lists of statutes from around the country conferring fetal rights. “Today, the only major area in which unborn children are denied legal protection is abortion,” he concluded, “and that denial is only because of the dictates of Roe.”

Parker is hoping, as are many conservatives, that one of these cases soon ends up in the U.S. Supreme Court, where swing Justice Anthony Kennedy has typically been on the side of restricting abortion rights rather than expanding them.

What’s really appalling to me is how open Parker is about looking to the Bible, not the Constitution, for guidance about the law. If any justice said that about any other book, they’d be deemed unworthy of their position. But Parker can get away with it because he’s in the majority.

How is any non-Christian supposed to get a fair shake with Parker and Moore (and I don’t even know what the other justices are like) on the bench? How are these guys judges when they can’t even get behind the First Amendment?

These are the people in power. This is why religion — and criticism of it — should matter to everybody. In this case, Christianity is the driving force behind Parker’s decisions, which, inadvertently or not, harm the lives of countless women.

For all the lip-service conservatives give to “judicial activism,” here’s someone who freely ignores the Constitution to promote his own values — and, of course, the base loves him. Because it’s never judicial activism when it involves your beliefs.

October 13, 2014
The Dishonesty of Some of Sam Harris' Foes (Who Clearly Know Better But Smear Him Anyway)
Next Post